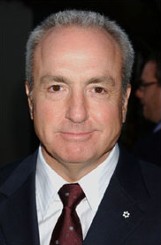 Is this not making any sense? Right. Let me start over.

I have a confession. I hereby admit to all and sundry that I have never found Carol Burnett funny. Ever. Like, not once. Tim Conway, maybe, on occasion. But I quietly sneered and rolled my eyes at most of the comedy on Burnett’s show. Sue me. Lord knows millions of other people loved the stuff, but it just never “did it” for me. Her googly-eyed, mawkish cheesing at the camera, and especially Harvey Korman’s infuriating breaking of character to fall down laughing at how gol-dern funny they all were just grated on me. Stoney and I always tell our student actors: “You’re funny onstage until you start cracking up onstage at how funny you are. Then you’re not funny anymore.” I stand by it. 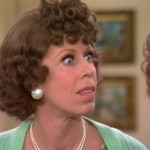 Anyhow, I’ve always felt like the Lone Ranger on that score. Almost everyone I knew was all HahahHAHAHAHAAA!!! about Carol Burnett, but I kept quiet vigil during her shows, and while the studio audience died laughing, I mostly sat with this look on my face.

So, my point (and I do have one) is that last night, I bought a book called Saturday Night: A Backstage History of Saturday Night Live, by Doug Hill and Jeff Weingrad. Very impressive. About 65 pages in, I came across this paragraph:

[SNL creator] Lorne [Michaels] made it clear that [Carol] Burnett’s style encompassed everything “Saturday Night” should avoid. It lacked subtlety and nuance; it was…too smug, especially when the performers broke out laughing in mid-sketch, doubling over at the hilarity of themselves. From then on, many an idea would be derisively dismissed on the 17th floor with the words, “That’s Carol Burnett.”

Now, wait. I know that Carol Burnett is a television icon; someone who, like Lucille Ball, played first string in what was always a boys’ game. She did her own thing on her own show, calling all the shots and doing things her way, which I think is fantastic. She paved the way for lots of other strong women in show business. I just don’t think she’s funny. Does that make me a bad person? Un-Amurrican?

I think Lorne would forgive me.

10 thoughts on “Lorne Michaels agrees with me.”