If history teaches us anything, apparently not. 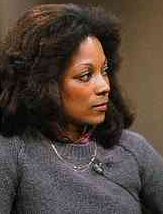 Janet Cooke, former reporter for the Washington Post, went down in flames on this day in 1981, after she had to give back the Pulitzer Prize because she ran a story about an 8-year-old heroin addict that was just plain made-up. I am trying this morning to empathize with her claim that once the initial story ran, the interest was so overwhelming that it was too late to retract it. When the Post checked out claims she made on her resumé — saying she’d studied at Vassar and the Sorbonne, and that she’d won an award with the Toledo Blade — and found them wanting, the jig was up.

Well, like my mother always said: the truth always comes out. And sometimes it’s really painful.

Again, today’s post is not a homily by a long shot. I ain’t no angel, believe it. But sheesh, if you’re going to tell a story in an effort to fool millions of people, at least have a plan regarding how you’re going to deal with the fallout. And it seems that having it happen to one person doesn’t necessarily discourage others.

Fink, off to the school house