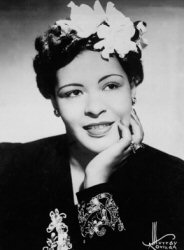 As a jazz singer, I’m probably committing some kind of sacrilege here; an unforgivable sin. But I will go on record as saying that Billie Holiday — considered by many to be one of the greatest jazz vocalists of all time — was overrated.

Now don’t get me wrong; I cut my singing teeth on her albums back in the 70s. There was a time when I thought she was the be-all, end-all. But even then, I think I loved her because that’s what I thought I was supposed to do. Everybody genuflected in front of the great Lady Day, didn’t they? Don’t they still?

But as I grew older, my blind discipleship faded. For some reason, her voice started to grate on me. I basically stopped listening to her records, and focused instead on Ella Fitzgerald, Sarah Vaughan, Mel Tormé and Cleo Laine, to name a few, and of course, Sinatra, Bennett and Martin (although they weren’t jazz singers – nor did they profess to be).

So am I just mental? Maybe. But I submit that her voice — while strikingly different — was flawed, to wit:

Maybe it was because she sang with all the hot jazz bands back then (Ellington, Armstrong, Goodman) that she was automatically given the name “jazz singer.” I’d classify her more as a female crooner. She could definitely turn a phrase — one hearing of “Strange Fruit” or “These Foolish Things” will tell you that — but to put her on the same level as Ella and Sarah? Nothin’ doin’. They could sing her clean off the stage. 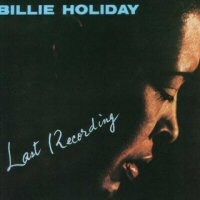 The one exception to all of it was her talent for torch. The girl could sing a song with such longing and sadness, it would make you want to weep. And the melancholy was genuine; she spent her entire life being mercilessly abused by men in a hundred different ways. Nothing makes “the blues” authentic like real-life experience, and she had that in spades.

Of course, like so many other artists then and now, her demise came by way of drug addiction (which also wreaked major havoc on her voice). Indeed, she was so addicted to heroin that when she went to the hospital for liver and heart problems weeks before she died in 1959, the police showed up and arrested her for possession right there at her bedside.

My heart goes out to her because she tried — over and over and over — to make something good of her life (which, sadly, lasted only 44 years), and she still stands as a pervasive influence to many jazz singers who came after her (myself included). All of us girls owe her a huge thank-you.

But the “greatest jazz singer of all time?” No way.

I have been saying this for years, everyone says I am just partial to Ella Fitzgerald because I met her a couple of times. Thanks for having the guts to speak the truth! Jerome Unglaub (would like to hear your response)

As someone who has also loved Billie since the 70s, I’ve come to appreciate her artistry even more as I’ve gotten older. And not because I think that’s what I’m suppose to do. You’re sarcasm notwithstanding, we genuflect in front of the great Lady Day because we want to and not out of some mindless sense of obligation. There’s a timelessness and universality to her singing that can’t be calibrated in note placement and wind power. Flaws in her voice? Absolutely–even she admitted that. You could add Louis Armstrong, Bob Dylan, Tom Waits, Jimmy Scott, Nina Simone and countless others… Read more »

Danny: Whoa…simmer down with the karma-destroying verbiage, friend. You are right – that’s my opinion, which, *to me*, is truth – the same as your opinion is truth to you. If you think Billie Holiday is wonderful, then God love ya and you just enjoy her to the hilt. Interesting comment about singers’ flaws. We all have them – and yes, even the greats you mentioned have them. My point is that in order to be a truly great anything, your flaws need to be, at the least, minimized. Frank, Ella, Sarah (at least until the late 70s)…all their flaws… Read more »

hmmmm….i am left speechless! while reading this (the comments too) it felt as if i were being pulled in 2,369 directions…all of them being fairly good directions! i think the reason i enjoy her is this; simplicity is what i like. she is simple. there is nothing ‘show offy’ or ‘glamorous’ or ‘high-and-mighty’ about her and her style/sound. Sort of like me??? (maybe that’s why i like her?) Yes, i think some of her songs are ‘overwhelming’ for her, with the band overpowering her voice and the melody of the songs too demanding for it and it’s imperfections. But in… Read more »

Hey Meg – this is the place for rambling, Missy. Ramble away! That’s what we’re here for. I think it’s great that you like Billie. I was just your age (Meg is a very savvy 16, folks) when I started listening to her, and as I said in my post, she was the largest influence on me in my high school and early college days. I will always love her music because of that. And I think “These Foolish Things” is probably her best overall ballad — so smoky and wistful. You should get that one if you don’t have… Read more »

Yeessss what an awful life she had indeed. I began to appreciate her more after i did a research paper in May about her and her life. (the only ‘learning experience’ i had in two years of Reg’s history class. HA!) i always knew she didn’t have it great, but after i learned those little and terrible details of her short life i respect her that much more. She obviously needed strength to overcome her troubles and keep pursuing her dream. She kept truckin! I don’t think i could have done that? i would have given up. soooo yeaaah….that is… Read more »

Thanks for your comment, Sarah. There is a difference between blues and straight jazz, but it all seems to get lumped into the jazz basket when speaking of singers of the old days. I don’t know why that is.