As I enjoy my quiet time on this day after Thanksgiving, sipping my DD coffee and listening to 60s/70s music on pandora.com, my neurons precipitate many random thoughts, resulting in random comments as the tunes roll.

What the world is the meaning of the song, “Mrs. Robinson,” by Simon & Garfunkel?

Put it in your pantry with your cupcakes.

Laugh about it, shout about it, when you’ve got to choose.

Any way you look at it, you lose.

Hmmm. I mean, I’ve seen the movie (although it was years ago) The Graduate, and I know it was included on the soundtrack. I went to songfacts.com to try to find out more about it — which I did — but I didn’t see a definite conclusion regarding what exactly the lyrics mean. I hate that. 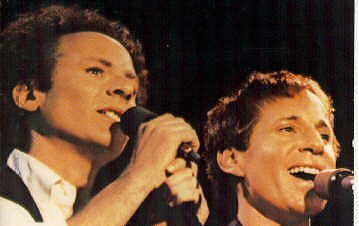 You know, speaking of Paul and Art…there are some groups that just invite a sing-along. You know what I mean? I remember singing with their voices on the radio when I was in junior high school, adding a third layer of harmony on as many of their tunes as possible. I was such a little rock star.

I loved playing “Sound of Silence” and “The Boxer” on my guitar while I sang every memorized word. The hours I wasted sitting cross-legged on the floor in front of that record player…

Ah, Queen is on the playlist right now. There are two groups of people: the group that knows “Bohemian Rhapsody” from Wayne’s World, and the group that was at that party in 1975 where somebody bought the new record and put it on full blast ten times over so everyone could learn the words. 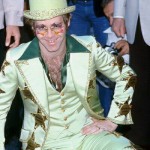 She packed my bags last night, pre-flight. Elton John, “Rocket Man.” Michael, my friend from high school (actually, he was my boyfriend in high school) who reads RtB might recall a kid in our graduating class who was so obsessed with John’s music and persona, he wore the glasses and platform shoes and everything. We called him “Elton Tom.” Remember him, Mike?

Credence Clearwater Revival — another band that helped me learn my basic guitar chords and strumming chops. Mavis and I loved them. “Have You Ever Seen the Rain?” is on right now. Anyone else like CCR back in the olden days?

Ah…perfection. “Something” by the Beatles. Great way to start your day, mate. I’m off to shop for chocolate molds — hope the Food Dock’s open today.

4 thoughts on “Music at random”