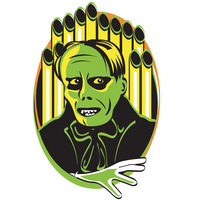 I think it’s time for another round-robin tale telling.  We did one almost a year ago, and it was hilarious.

If you’re too lazy to click over to the last one to look at the rules, I’ll reprint them here:

Rules of the Game

When the tale is told, I’ll write the end and close the comments. Ready, steady, go! I’ll begin.

It was a dark and stormy night.

Nope…no…that would not do at all. Mildred hammered down on the backspace key and began again…”it was slightly dim and there was some wind and rain too, and…”…rats…that was no good either. She threw the laptop across the room and decided to go for a walk.

Mildred donned her rain slicker because of the heavy fog. The weather mirrored her mood as she made her way down the darkened street. She had just passed the only house on her block that had been slated for demolition when, something, she wasn’t exactly sure…was there someone “crying” in that old place?

“I need inspiration,” Mildred thought to herself, as she slowly backtracked towards the noise. Swallowing her lifelong fear of things that cry out in the night, she opened the rickety front gate and made her way up the walk.

As she started down the walkway her foot was caught on the unlevel concreate that made the trail. She fell hard as she landed on her right knee, she started to tear up as she looked down to examine her now bloody knee, but as her eyes began to fog the “cry” rang out again, all thoughts about herself vanished as she limped her way up the steps.

Mildred became nervous. She was prone to panic attacks and knew she had to calm herself. She began to sing to herself “So I put my hands up,they’re playing my song, and the butterflys fly away, noddin’ my head like yeah,moving my hips like yeah”. Mildred knew of the calming effects of Miley Cyrus’ music.

Mildred opened her eyes, “what a terrible fall!” she exclaimed. She fell again, as she was hobbling up the steps toward the foggy cry. “I must’ve blacked out for a second. I had the strangest nightmare…it was filled with terrible, overproduced music and poorly constructed lyricism….” As she picked herself up Mildred shuttered. Where she was heading to now was not nearly as scary as where she had just been in her mind’s eye. She looked at the door…

….and slowly opened it, revealing a recording studio with all four walls stacked to the ceiling with AutoTune units. The pathetic cry she’d heard was Miley’s producer, bemoaning his fate at trying to use the units to get her caterwauling to sound remotely in tune. Mildred screamed, slammed the door shut, and ran down the stairs. Little did she know the horror that awaited her in the foyer.

Mildred heard the accordion playing before she saw it. As she reached the bottom of the stairs, the familiar polka tune grew louder. She flung open the door, ran into the foyer and discovered the grandson of Myron Floren, playing the “Clarinet Polka” at twice the normal tempo. Little Schloemi Floren’s hand ran up and down the keyboard at lightening speed–a tempo which rivaled that of his grand-daddy.

Heart racing, ears bleeding and brain frying, Mildred stumbled out the front door and into the pitch black. She was relieved to feel the rain on her face; it reminded her that she was indeed alive and able to feel. Retrieving her laptop from beside the dresser, where it lay upside-down, she hurriedly turned on the power — she had to record this experience before the details faded. The machine didn’t work, however. Serves me right for throwing a fit, she muttered to herself. So, after dragging out the old Smith Corona portable typewriter from under the bed, she began:… Read more »