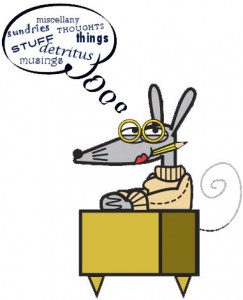 OK, Billy Graham Crusade veterans: What song starts with that line, and who was famous for singing it? Ah, memories of my mother. She had a bunch of his albums.

Anyway, I was thinking of a post title that ran along the lines of, “In difficult and changing times like these,” and it reminded me of that song.

To say that this summer has been interesting would be an understatement. There have been some beautiful peaks and deep, sad, challenging valleys; I’ve experienced it all, and it ain’t over yet.

I’m staring down the throat of another school year full of uncertainty, but hopefully equally jammed with some great music and memorable experiences with my kids and the fantastic group of parents (an embarrassment of riches, hidden in two little roadside towns) who support what we do. If some other “issues” stay out of the way, or at least under control, I think we can make it happen.

And while RtB is basically a politics-free zone (this is the 20th post in the “Politics” category in Finkweb’s 8.5-year history), I will say that the most chronic, irritating question of the summer for me, personally, is “How on God’s green earth can evangelical Christians support Trump?” He’s an unrepentant bigot who basically laughed when asked why evangelicals seemed to flock to him. “I don’t know [chuckling], but they love me. You’ll have to ask them why, but they love me.”

Unbelievable. Christians: Trump’s Chumps, fueled by fear of the brown people. To those folks, I direct you here, to an op-ed written by a Republican in the The Federalist, one of the most ultra-conservative, anti-Democrat sites out there. I know it’s not the only opinion, but it’s one I share.

This is the most publicly politic I’ve been thus far this election season, as I don’t like to broadcast my opinions when I have so many students and parents who read my stuff. But there comes a time when I feel I must use this forum — not politically as much as personally — to get out the megaphone and do a little Elmer Gantry-ing. I wouldn’t presume to be able to influence who people vote for; I just hope it’s not him.

But…politics, like any other polarizing issue (religion, cars, operating systems, dog breeds and favorite colors), is not given to shifting people’s paradigms. “And no minds were changed” and all that. But I look at how evangelical leaders who support Trump are reaching for bizarre rationalizations for their support (really, Dobson? A “baby Christian?”), I have to wonder what Trump did that swayed them into overlooking almost everything else, since many Christians vote values as highly as platform.

I guess in the final analysis, it won’t matter what I think or say, or what anyone thinks or says to me. The voters will decide, although this is one time I confess I’m grateful for the electoral college. It might be the only hope for Trump to go away.

Regardless, there are other matters more pressing and important to me, like our next Odyssey, the grandsons, friends and family, and what I’m going to eat next.

Happy weekend, fiends — it’s Saturnday! Get out there and have some fun before it rains.

You know, I seldom leave a reply. But I am so terrified by the possibility that Trump will become President that I can’t stay silent. My experience in the evangelical church was a fellowship of believers who valued kindness to all, faithfulness to marriage, wise financial stewardship, respect for those in authority, humility and honesty in words spoken. I keep searching, but I don’t see those qualities in Mr. Trump [and I am reading and watching the conservative news so that I can better understand the issues in this election]. I know that people “hate” Mrs. Clinton, but that too… Read more »

I am on the road traveling in the Nort regions so, short and sweet: both Trump and/or Clinton will suck the life out of this Country! Trump the professional ego-maniac, who has never had a thought that did not come crashing through his bigoted mouth…a disaster as a President. Clinton the professional politician & liar, she is other-Galaxy like in her ability to speak out of both sides of her mouth. The topper for me: she called the mothers of those slain in Bengahzi liars…cold hearted woman. The free pass for saying she landed under sniper fire when she clearly… Read more »

lol I knew this post would stir some major emotions. It’s OK to have different views; each of us has extremely personal reasons to support or oppose the candidates. Personally? I’m bummed Bernie was smoked out of existence. I’ve said before that I’m no Hillary fan, mostly due to her being bought and paid for and petted by billionaires who will take public education right down to hell, and laugh about it all the way to the bank. That said, I think the large number of people who voted for Bernie Sanders — along with those who jumped ship on… Read more »