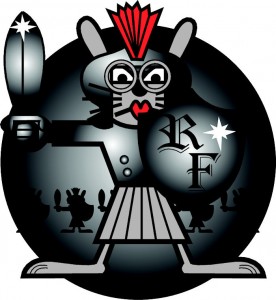 Yesterday, I went on a mini-tirade on Facebook about “reality” TV programming. A friend suggested I get rid of cable and just go with Netflix (sorry, no sports, news, premium channels, On Demand, etc. — seriously, what would I do if I couldn’t watch the Indians and Browns lose?).

The other night, I posted about a huge grammar gaffe a newscaster made, and someone said here’s an idea: “turn off the TV.” Now fiends, I realize that my world should not (and does not) revolve around “Gee, what’s on TV tonight?” I have other interests, as I’m sure we all do. And I’m not defending the pile of garbage that much of television has become. Rather, I’m here to defend a part of TV that is worthwhile, and to dispel the notion that those of us who carve out time to watch it are somehow devoid of a quality existence, or are blessed with oodles of mindless, shiftless, lazy, unproductive hours every day to devote to it.

In other words: anti-TV snobs, get off your high horses. I understand that it is oh so de rigueur to hate television. I get it. But what gets me is those who opine large and long against all TV, when they haven’t seen a program of any kind in months or years — or ever.

It’s OK, though. Eeeeeverybody got an opinion. And this is not to say that I wholeheartedly approve of a glut of TV for children or anyone; I don’t. I’m not a complete stupe — kids need to play and read and talk and go places and have kid fun. Everything in moderation, right? Instead, I’m talking about adults making TV choices. If I had a dollar every time I got the impression from someone that the only good storytelling one can receive is from a book or a stage play…please.

Again, if that’s your opinion, gofrit. But I am here to tell you that there is indeed interesting, compelling content on TV today. I have my favorites, and you have yours. If you have no favorites, or you hate all TV, and because you don’t watch it you believe the medium shouldn’t exist — well, that’s fine too, but it makes you 100% unqualified to judge what’s on. In other words, don’t be a pretentious telenazi. Be nice. You can disagree with the hoi polloi without coming across as, well…you know. And I get that you can hate drinking diesel fuel without ever having actually drunk it, but let’s not go overboard here. It’s entertainment, people. Nothing existential. Move along.

I think I’m smarter for watching the many documentaries, news programs, historical series and interviews I’ve seen on TV over the years. I’ve been challenged by story lines on the shows I watch — many of which have characters just as rich and complex as the ones I read about in my books every night. The bad stuff on TV? You stay away from it, just like you’d avoid the works of authors and playwrights you don’t particularly like. Simple as that. God knows I hate reality shows, which is why I don’t watch them. Aside from sports and news programming, I like TV mostly for fictional drama. You know, escape — like in books, except the characters actually move and talk in front of your eyes instead of in your brain. And the miracle of DVR? Priceless. Or, I should say, worth the price. At least for now.

11 thoughts on “In defense of television”