Maybe not a book, but I could definitely write a paper, or an article, or a pop music history lesson plan about it. Ready? Here it is: 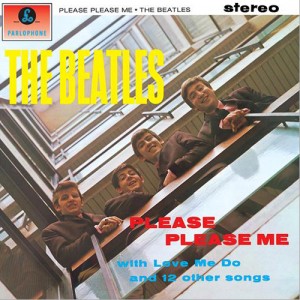 Ringo Starr did not play on the recording of the song “Please Please Me,” from the album of the same name, released by Parlophone in 1963. Apparently, upon hearing it while previewing material to include on Anthology I in the early 1990s, George and Paul immediately remarked, “That’s not Ringo.” Much controversy surrounded (and still surrounds) this issue, and I’ve read conflicting-yet-convincing arguments on both sides.

The late Andy White filled in as one of the many drummers the Beatles used in revolving-door succession before finally settling on Richard Starkey. I’ve often wondered how people like White, Colin Hanton, Norman Chapman, Cliff Roberts and other drummers felt about *almost* reaching fame of positively cosmic proportions, but for one reason or another, fell along the wayside. (In the very early days, some drummers chose not to continue on with the ragtag band of obnoxious, demanding and sometimes unkind partyboys; in other cases, jazz-oriented players simply dismissed their music as silly, took the few quid for playing the gig, and went on their way.) A couple of years later, to some, I’m sure it felt like they gave away the winning lottery ticket. I think no one felt this enormous sense of missed opportunity — and, according to his own account, betrayal — as vividly and painfully as Pete Best. Alas, a story for another day; so many layers. If they asked me, I could write a book, but, you know…that’s been covered.

Anyway, there are several theories about why Andy White was credited on the single release of “Love Me Do/P.S. I Love You” (it should be noted that Ringo, as the band’s newcomer, played auxiliary percussion on those two songs), but was not listed as drummer on the LP Please Please Me’s title track. One popular position is that producer George Martin didn’t like Ringo’s interpretation or groove in rehearsal, or didn’t trust him fully yet, and made an executive decision to use White’s version instead. Moreover, listing Ringo’s name on the back cover of the album as the only drummer would have been important to the band’s united identity in the marketplace: Four Lads From Liverpool is much easier to package and hawk than Four Lads From Liverpool Plus One Scottish Guy Filling In On Three Tracks While Ringo Plays Maracas And Tambourine Because God Knows Why.

1) John’s screwing up of the lyrics on the last verse (starting at :08) and singing the next “Come on” in a half laugh, and

2) the extraneous, spacey sounds and slightly behind-the-beat harmonica riff (starting at :26), presumably in an attempt to incorporate other takes, piecemeal. The result: “shadow” sounds and marginal misalignment caused by layering mono mixes over top of stereo. I’ve made a clip to highlight it (you’ll need to have Flash enabled to listen to it):

Last 42 seconds of “Please Please Me”


I tend to side with this particular story, as White himself recognized his own drum sound and style on the final product — and seriously, what drummer couldn’t recognize his own playing? Or singer his own singing? I can also find no documented interview wherein Ringo confirms or denies White’s involvement on the final issued LP. My guess is the people who were there can’t really remember clearly, combined with the fact that there has always been considerable confusion surrounding session time sheets for that week in ’62. Bottom line: Stuff gets misplaced or destroyed, and when you’re depending on folks’ individual recollections of repeated, nearly identical sessions, memories can be sketchy at best some 40+ years on.

“Please Please Me” began its life at Paul’s house on Forthlin Road as a bit of an ode to Roy Orbison: slow, jangly and a bit on the schmaltzy side, almost channeling Orbison’s “Only the Lonely.” (Any recordings of that version have been lost to history, but this guy does a pretty decent cover of what it might have sounded like.) George Martin thought it completely boring, and sped up the tempo to give it some energy. Sometimes, it pays to listen to your producer — even one who had never produced a single rock group in his entire career before taking on the Beatles.

Have we had enough of reading about “Please Please Me” yet? Yeah, I thought so.

But hey — it’s the weekend for all you private sector types, so have a groovy Saturday. I’m off to write arrangements & such.

*One of my all-time favorite standards, by the way.

2 thoughts on “If they asked me, I could write a book*”