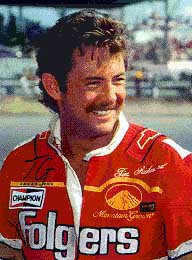 Twenty years ago, Tim Richmond died. Maybe you don’t know who he was (especially if you didn’t follow NASCAR back then, or if, like some of you, you weren’t alive in the eighties), but he put Ashland, Ohio on the motor sports map.

Fellow RtB poster Michael was his neighbor. I’d totally forgotten about that…

A tragic story, to be sure, that of Tim Richmond. I remember serving him drinks at the Country Club where I worked for that one summer, when he got his racing start. He’d have a group of his friends (and his parents) around him, all yelling, laughing, smoking, getting crazy…and he was the life of the party. One time, I was invited to sit down with all of them at the end of my shift. He was really interesting, and seemingly lots of fun. We laughed a lot that night.

I also remember a couple of years later when he got Rookie of the Year or something at the Indy 500 race. I heard it on the radio and thought, “Wow, I know him.”

If you’ve seen the movie Stroker Ace with Burt Reynolds, you’ve seen Richmond. He had a bit part at the beginning of that film, as I recall. 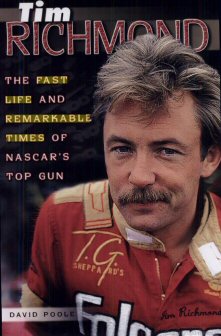 Then he got sick. Then he was dead. The cause was complications from AIDS, which, back then, was still a horrifyingly mysterious death curse, surrounded by ignorance, supposition and hysteria. According to what I’ve gathered, Richmond’s efforts to get back into racing after his diagnosis were met with considerable opposition. A guy named Tommy Thompson wrote a rather nice tribute to him here. Wikipedia also has some good information.

However, the overriding opinion is that Richmond was a victim of a witch hunt, and that he didn’t stand a chance in the good-old-boy system of NASCAR cronyism.

I came across Tim’s name yesterday as I was looking at a list of well-known graduates of my alma mater (Ashland University). Although Tim only went one year and then dropped out, he was still on the list.

So was Madalyn Murray O’Hair. Yikes. I had no earthly idea. No surprise I didn’t know, though, with AU being a good Brethren Church school & all. I imagine they didn’t mind sweeping that one under the carpet.

RF, off to another weird Wednesday.

This reminds me of Magic Johnson. Both were tremendous athletes and were in the peak of their performance. Both were diagnosed with HIV and AIDS, and were then shunned from the sport. Magic retired from the NBA promptly after his positive HIV test. He played in the 1992 NBA all-star game, but the players did not want him to do so. Karl Malone insisted that if Magic had an open wound on the court that everyone would be subject to contracting HIV. I am glad that “the scare” portion of HIV and AIDS has been controlled. It is still a… Read more »