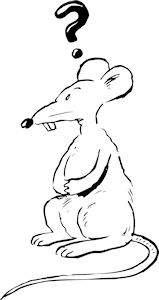 I was reading the NYT during my quiet time this morning (which is still going on, by the way, since the Js wore themselves — and me — out last night), and came across something that made me giggle. You ever have those moments? In this entertaining op-ed, there were several.

The writer’s father is Russian. She remembers drinking only room-temperature beverages as a child, so she called up Dad in Ukraine to ask him why he hated ice. His response:

‘Ice? I don’t hate ice,’ he began. ‘It’s just that when these Americans hand you a can from the freezer, and it is already so cold that just touching it practically turns your hand into a claw, I don’t really see the need to add ice.'”

You know, he’s got a point there.

It got me to thinking, too…what other uniquely American traits drive people nuts, and what about other cultures makes us crazy? And please — I’m not talking about the US’s gross disregard for our planet or a failed political system or infamous American capitalism and greed. Save those more serious opinions for Usenet, or Facebook, or whatever. Please and thank you.

Rather, I refer to idiosyncrasies that make us decidedly different from our non-North American counterparts. Like the “we put ice in everything, even if it’s already freezing cold” thing. Although I have not been to a non-European country outside the US, I have noticed (or have been informed of) several differences that made me smile, cringe, or scratch my head:

I know many who read RtB are well traveled. What have you noticed?

I’m friends with a few brits via a message board I post on. Among other things I learned from a meet-up in Chicago this past year, we tip our waiters and waitresses as opposed to all that just being built into the check. Also, our food is apparently over-seasoned and in huge portions. In addition, there’s something innately wrong with crispy bacon.

I remember when I was traveling in Europe my first time with the AC (now AU) choir. McDonalds had somewhat-recently introduced America to: The Drive-Thru! I remember having a long & interesting conversation with our bus driver & tour guide. They were simply dumbfounded as to the concept of not only eating a meal in the car while driving, but the ability to order it & have it served to you w/out getting out of the car. In EU and in many other parts of the world, a meal is a time for the family to gather around the table… Read more »

While in Alpe d’Huez we played the “Spot the American” game. Look for (mostly) overweight people wearing sweatshirts or t-shirts announcing their last vacation spot (COLORADO! FLORIDA!), white tennis shoes, and talking loudly in that annoying nasal-y tone. Ugh. Most of what’s been written is what I experience. Americans spend too much time being busy, as if Being Busy is a sign of being really important. “What? You took a nap? Who has time for a nap! I am busy so I am important!” While in A d’Huez (no I don’t have a t-shirt…) the resort shops closed down from… Read more »

I recall asking for some ice with my water during a meal in England. The waiter returned and dropped a single cube about the size of a postage stamp into the glass! Meal portions tend to be smaller and more expensive BUT not necessarily better! Buffet meals are not common in Britain with the exception of “The Carvery” restaurants which are quite good but the price constantly grows. Pub grub is still usually a good buy–a Ploughman’s Lunch of crusty bread, cheese and pickled onions washed down with REAL cider might make some Americans blanch but it’s a fantastic taste… Read more »

Oops, forgot something! Our British friends are not quite the “refrigeration” type as we are here in America. We’re almost fanatical about bunging things in the fridge after a meal. One of the staffers at our school over there came out of the “larder” on evening, chowing down on rice pudding. The larder is an unrefrigerated room with louvered openings to the outside–similar to the pantries we used to have here. That pudding must’ve been sitting in there for two days–I fully expected to take the guy to the hospital for food poisoning but there he was the next day,… Read more »

I am decidedly NOT well-travelled, but can still contribute to this conversation. I know that in Japan, it is considered rude to answer right away. Americans barely wait until the other person is finished speaking before we barge in with our own 2-cents’ worth. The Japanese wait at least 10 seconds before answering – an ETERNITY by American standards, but it gives the speaker time to finish a thought and the answering party time to consider what has been said. The other thing is a personal experience – I attended the convocation ceremonies for the School of Fine Arts when… Read more »

All very interesting! Especially the food issues, and the drive-through conversation. It’s amazing to me that the exact same species can be so polar opposite on so many fronts.