And I don’t mean the city (although it is a beautiful place), or the Cowboys or Mavericks teams.

No, I’m talking about the 1978-1991 TV series, Dallas. Fellow crusties, did you ever watch it? I did. I read yesterday that a recent Dallas reunion at the famous Southfork Ranch in Texas got a little out of hand, and of course it made me think about the show, and the effect it had both on the public and on the future of serial television. It was huge, really.

There were three main events in the Dallas series that I remember as if they happened yesterday. (Not sure I need to say this, but I will anyway: spoilers to follow.) 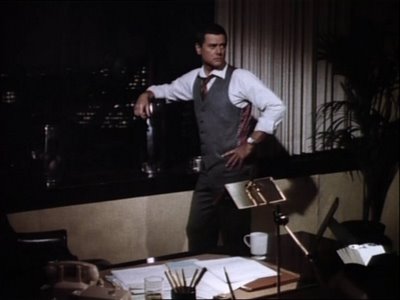 1. “Who Shot J.R.?” Evil, philandering, selfish, filthy-rich oil tycoon J.R. Ewing (played by Larry Hagman) was working late in his office, when a shadowy figure stepped forward and fired a pistol. J.R. hit the floor and the credits rolled.

This was my first-ever experience with what is now considered standard fare in TV: the season-ending cliffhanger. I had to wait all summer long for the answer to be revealed. The mystery turned into a pop culture phenomenon, with “Who Shot J.R.?” and “I Shot J.R.” merchandise flying about, and all flavors of predictions circling the planet. I don’t know how they kept it secret for so long. (It is said, though I don’t have a credible reference at hand, that they filmed several characters firing the weapon in order to keep everyone guessing.) The following fall, my suspicions were confirmed: that nasty Kristin did it. I jumped up off the sofa and shouted, “I knew it! I knew it!”

2. The “Dream Season.” Patrick Duffy, who played J.R.’s fair-minded and good-hearted brother, Bobby, wanted to come back to the show after quitting to pursue other avenues that apparently turned into dead ends. Of course, that was a problem for Dallas writers. How could they bring Bobby back after making a huge issue of his being killed in a car accident two seasons ago? The funeral, the emotional J.R. standing at his coffin, telling Bobby all the wonderful things he never told him in life…it was all very dramatic. So, what to do?

Bobby’s wife, Pam (played by Victoria Principal, who swears she’s never had plastic surgery) wakes up to the sound of running water… 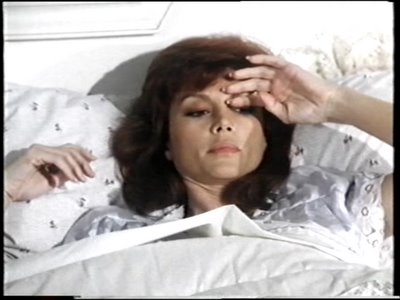 … and opens the bathroom door to find Bobby in the shower. He simply says, “Good morning!” I totally remember going, “WHAAAAAAAAAT?!??!!” 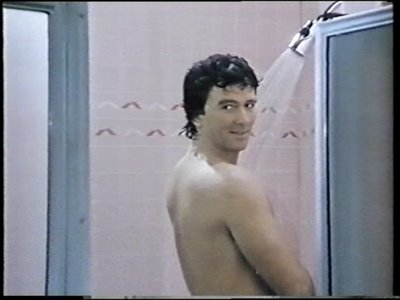 Pam “dreamed” the whole previous season. Yeah, that was fabulous. About twenty plot developments suddenly fizzled, characters who were important to the storylines (including Pam’s new husband) were spontaneously erased, and Dallas fans worldwide were pretty much insulted. It was the beginning of the end.

3. The final episode. It was eerie, and not just because of creepy Joel Grey. The producers decided to go out with a bang and do a rather off-center It’s a Wonderful Life twist. Grey, as an angel named Adam, appears to a drunken, despondent J.R. and asks him to evaluate his life. With his oil company now controlled by his former business rival, and his family at war with one another, J.R. is considering suicide. The spirit then shows him what would have been had he never been born.

But this is Dallas, and things don’t end with butterflies and unicorns and birthday parties, do they?

J.R. wakes up in a cold sweat, grateful that the whole thing was a dream. However, he looks in the mirror and finds Adam staring back at him. Turns out the “angel” wasn’t an angel at all, but a minion of the devil. His eyes flash red, and he shouts at J.R., “Do it,” telling him to pull the trigger of the gun J.R. is now holding to his own head. Cut away to the entrance of the house, where brother Bobby hears a shot, and runs up to J.R.’s bedroom. He opens the door and screams, “Oh my God!” Series ends.

You just don’t mess with Dallas. Somebody always gets a beat-down.

Have a wacky Wednesday.