Well it looks like Anheuser-Busch has some changes coming. The St. Louis brewery – one of the last American beer giants – was acquired, as promised by InBev, for a mere $52 billion.

According to Business Week, there are big changes coming. The CEO of InBev doesn’t do business anything like the Busch family, and I’m sure Anheuser employees aren’t relishing the impending shakedown. Check this list of soon-to-be-history perks for workers: 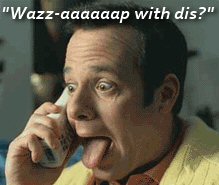 All of that, going by the boards. Not only will InBev’s Carlos Brito make employees fly coach and stay at Motel 6, he’ll likely take steps to liquidate some of A-B’s extravagant holdings…like, oh, the aforementioned Busch Gardens theme parks, the philanthropic work for communities that Busch has done for decades, and maybe even the precious Clydesdales themselves, who probably lead better, more luxuriant lives than you and I put together.

Can InBev survive the “culture clash?” It remains to be seen. In a way, it’s sad to see one of the few remaining American-held large corporations going the way of (in this case, hostile) takeover from across the pond. But Brito’s money — 87% of it borrowed from banks — talked, and August Busch, forced to listen, sold the family farm. A man’s gotta do…

Commenters on the article predicted Busch laughing all the way to the bank as the Belgian invader comes in and makes a hash of things, eventually unloading the company for pennies on the dollar. Maybe Busch will laugh, but I wonder about the amusement threshold of his 6,000 local employees, and indeed, the city of St. Louis as a whole.