…may you rest in pieces.

Almost a year after our interesting I-71 debacle with the flying boxes, the Finkmobile gets into another jam — this time, with flying animals.

[The only reason I’m making light of this is because my son, who was driving my car at the time, his wife and my grandsons were unhurt.]

We’d traded cars yesterday, and #1 Son had just come home from the road, and was looking forward to a fun day with his sons at the zoo today. R & R over the weekend was apparently on the schedule as well. Instead, he got a car full of Bambi’s mom. Fortunately, after some major body work, it’ll all be good as new, but for now, it’s not so pretty. I just thank the good Lord it wasn’t the windshield that took the brunt: 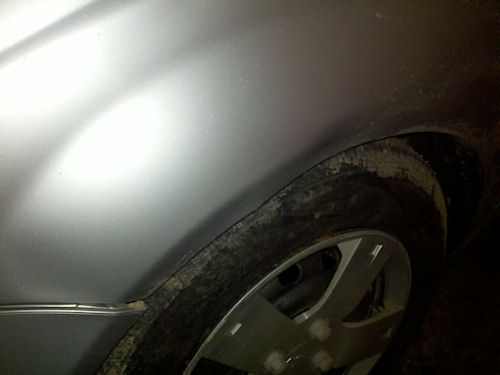 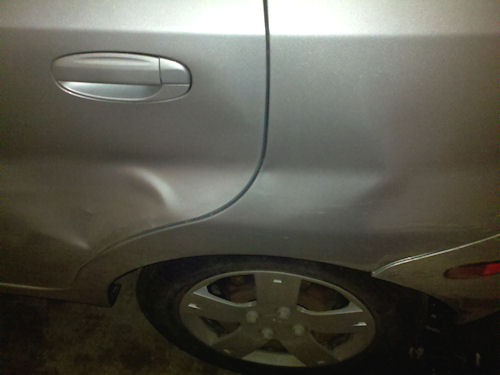 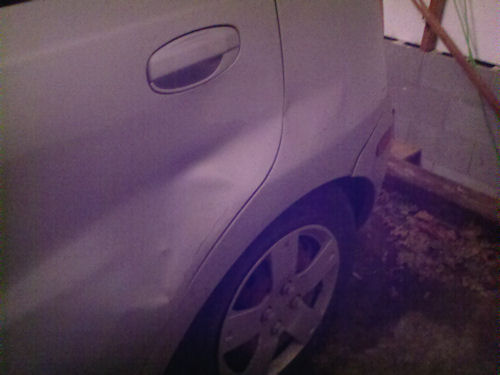 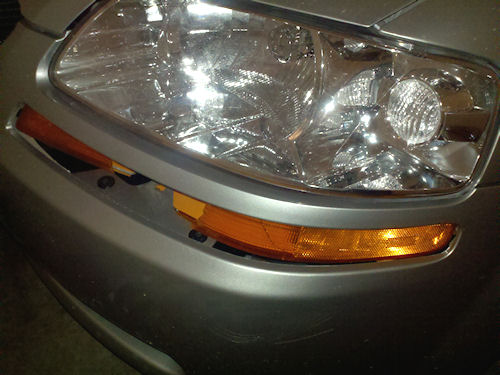 Since another car hit the deer after my son, he called the law and notified them. They came out to his house, looked at the damage, and provided the only thumbs-up event of the evening. Hence, the very excited 3-year-old: 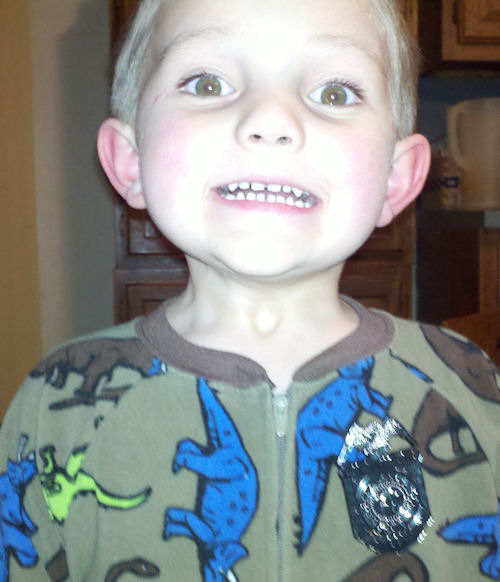 Too much close-call stuff for Grammie Fink last night. But hey, another paint job, couple o’ new doors, some new headlights…it could be worse.