I caught a link this morning that took me to a page at Wired where some vintage Halloween pictures were displayed. Guy named Steven Martin collected the pictures, mostly via e(vil)Bay. The photos, some pictured below, seem rather….I dunno…off. Like they’re all ho-ho and ha-ha and yay, but hiding something really sinister and hideous. Like clowns. 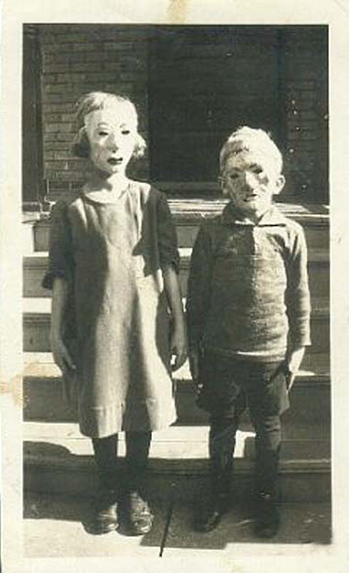 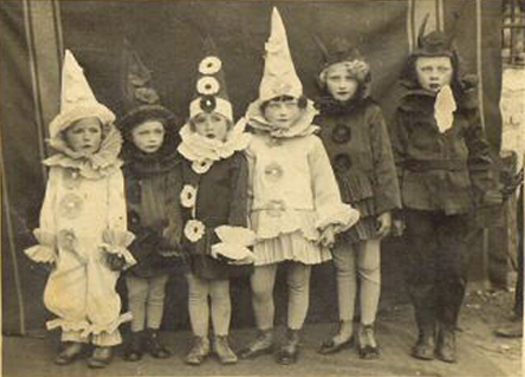 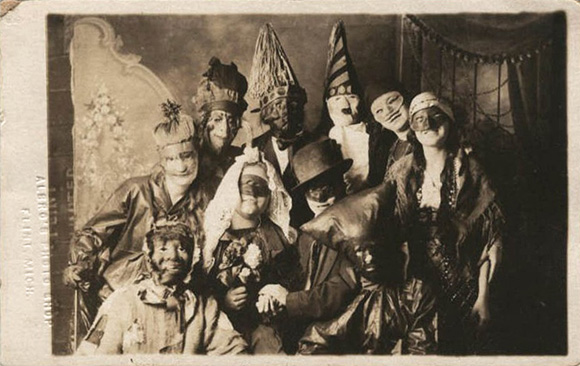 No clue what the guy in the lower right of the above picture is supposed to be. It all kind of trips my creep-o-meter. Art does that to me sometimes.

Mr. Martin describes himself as “obsessive compulsive” where collecting old photographs is concerned. Interesting condition, that. I mean, the guy does have a strange obsession with things old and odd.

I think the black and white photos make them look creepier, don’t you?

The first one looks like the kids had lasting effects from prolonged holding in a Nazi concentration camp.