You know…we have it pretty easy today, with 4,000 channels on television running 24/7. But for my money, there’s still no substitute for the great network shows my sister and I used to watch as kids (and with our parents, as a family, in front of the only TV set in the house – imagine that).

Here and there, over the next week or so, I’m going to highlight some of the shows I loved as a kid — in addition to my Top Ten — mostly for yucks, but also to possibly trigger a good memory for someone else.

I’ll try to include the theme songs as well, when I can. Ok, on to today’s menu: 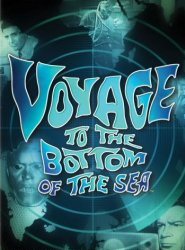 Wow! Remember this one? Voyage to the Bottom of the Sea. I was fascinated — and scared — by it. Each week, the crew of the Seaview, a futuristic submarine that looked kind of like a sucker fish and was able to dive from the surface to a thousand feet under in just seconds, battled sea monsters, ghosts, and various other abominations of the deep, and always came out of it by a hair.

Even the theme song is rife with undersea drama. Awesome.

The show ran from 1965 until 1968. It was cool because it was an hour long, at a time when most weekly series were only 30 minutes in length.

Go here to watch the opening credits and see some fantastic pictures. And did you know that you can watch episodes in their entirety — for free — at TVGuide.com? What a country.

Did I love McHale’s Navy or what? It was one of Dad’s favorites. I still remember him howling at Tim Conway. 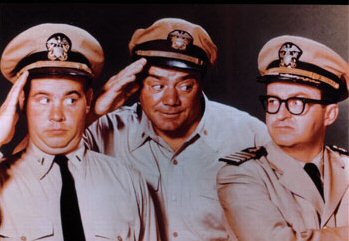 The show took place in the Pacific theater during World War II. Lieutenant Commander Quinton McHale, played by Ernest Borgnine, commanded a crew of good-natured hooligans who were always up to something that McHale had to cover up, lest they all get thrown in the brig by the evil Captain Binghamton, perfectly played by a guy named Joe Flynn. Tim Conway was the major comic relief as Ensign Chuck Parker, a gentle soul who bumbled his way through every episode. 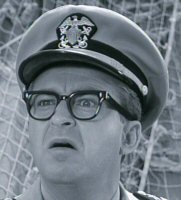 My best memories are of Captain Binghamton. He always looked like he was about to have a coronary from the stress of it all. He could just never catch McHale’s “pirates” red-handed, even though he promised that one day, McHale’s luck would run out and it would be over for the crew of the PT-73. He was forever turning to the camera and saying with clenched teeth and voice dripping hatred, “I could just scream.” HA. Priceless.

More later from the recesses of my reptilian brain.