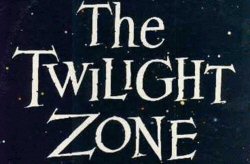 Rod Serling had some freaky things going on in his head. Before there was the frightening Night Gallery (#2 on my Top Ten List), Serling produced The Twilight Zone. And although we only watched reruns back then (the show ran from 1959-64), it still freaked me out.

The episode entitled I Sing the Body Electric (written and directed by Ray Bradbury) made me bawl. (I’m ashamed to admit it still does.) It was one of the few times when I wasn’t scared watching the show — even though my creepy meter was definitely buzzing in the background. Amazing how today, the “special effects” aren’t so special anymore, but to an 8-year-old back in the 60s, it was huge.

The bluest skies you’ve ever seen, in Seattle…. 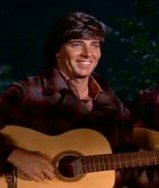 Oh my, we were all in love with Bobby, weren’t we, girls? Here Come the Brides from 1968 — loosely based on Seven Brides for Seven Brothers — featured heartthrob Bobby Sherman in a comedy about the three Bolt brothers who, in 1870, recruit 100 “brides” to come from Massachusetts to Seattle so their lonely lumberjacks won’t leave the Bolts’ mill due to the lack of pretty women in town.

The series ran from 1968-1970, when ABC, in their infinite wisdom, pulled the show from its 7 p.m. slot over to the adult time of 9 p.m. That was its death knell. But Bobby went on to have an impressive recording/performing career. 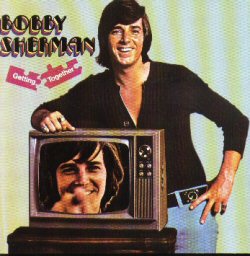 He still looks good (and I’ll bet he’s not a schmuck, either).

And some things never change. Try to say something nice about someone, and what do they do… Look. This is not a research project, pal. It’s a blog. If I want to say something generic about you (and notice I didn’t say anything negative) as it related to my growing up, I will do it. Posting this “correction” does nothing except confirm the stereotype of actors as narcissistic idiots who have nothing better to do than to Google their own names. So bite me. Edit: PS to friends — at first, I thought this guy was just a wackjob impersonator.… Read more »

Yes, one must get one’s facts in order. A curriculum vitae could not and should not be posted without the inclusion of something so masterful as a reality television program and a reprise of Jerry Springer: The Opera.
What more replete legacy is there? LOL
The more troubling aspect: who is funding a reprise of Jerry Springer the musical? This person needs to be stopped.

I must be missing something. Where do you mention David Soul in this post? Or does his comment have to do with another post I missed?

BTW, I thought the guy was dead. I guess that’s what happens to a career in America when one becomes a British subject.

Oh, and David, if you read this comment come on over to my blog and pitch a fit . . . I need the blogging fodder.

TRO – I did mention him, and even said nice things about him, but yanked all remnants of the jerk once he posted his little hissy fit. UK can keep him.

Just do a random post about anything … clothes pins, neck braces, ringworm…but intersperse his name every other sentence. He’ll find ya…guar-own-teed.

By the way, Dave, it’s “au courant.” If you are going to go all French and posh, you’d better get it right!

Now that is funny. I wonder how you say “Hey Dave, your schmuck is showing” in French…

Do you think I should have put David Soul, this is how you spell “au courant” to make sure he notices then? I’d hate to think of him going round the net making that sort of elementary error!