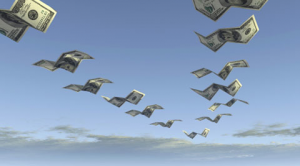 Groupon needs to stop sending me emails. So does Vat19. And Etsy, and Zulily, and Romwe and eShakti, and STAAHHHHHHPPPP!

I have no self-control. I’m pathetic. OK, I keed. It’s not that bad (yet), but it sure is easy to click that “Buy” button more often than not. It’s all right; I can quit anytime I want.

I read an interesting article this morning on having a critical spirit. Good stuff, and it’s advice for all, because none are exempt from some of the characteristics that make up a negative outlook. And as the article states, the online environment has pretty much facilitated the spread of negativity. The piece is basically a primer on how to be nice.

It was an interesting companion to another article, posted on Facebook by a former student, now in her 20s. I *almost* posted a comment on the author’s site, but thought better of it, because, you know, my tone would have come across as a bit critical.

Seriously though, this gal cornered the market on “Give me what I want for once, and don’t ask me questions or try to engage me in conversation about myself, and don’t even TRY to use your imagination and get a gift that is different or distinct, or something that you think I might really appreciate, because I won’t appreciate it if it’s not exactly what I want, so just shut up and give me what I want for godsake.”  Granted, that’s a generous paraphrase, but I calls ’em like I sees ’em. That’s how it came across in tone and intent. Spoiled bratism.

Here’s the old adage you won’t be surprised to read: It didn’t used to be that way. The other day, I saw this on my Twitter feed:

Of course it’s true, yes, and it was true back in 1975, when I was the age of the girl who retweeted this. Heck, it was true in 1965. But again — back in my day, and that “day” wasn’t that awfully long ago — I wouldn’t be caught dead saying something like Don’t you idiot adults get it? HERE is what teenagers want for Christmas! in the school newspaper, or in a public forum of any kind. Why? Because disrespect and arrogance disguised as “teenage honesty” didn’t fly. When my sons were in school, and we’d have a row of sorts during which they’d get a bit too close to insubordinate for my taste, I’d say something like, “You can tell me you’re mad at me or my decisions, but you better find another way of saying so.” Not that I was Supermom or anything, because I wasn’t, but I was — and still am — married to the belief that you can disagree with authority figures without slinging mud or being a tiresome, insolent d***he. That, to me, is how Miss “Literally, Darling” comes across in her article:  Help us get our acts together, but don’t make it seem like you’re giving us advice on what to do in order to get our acts together. Girl — get your act together.

I dunno…maybe it’s just me being an old-fashioned hag. Rat Fink, Rat Fink. What a donkey.

Band concert at the school today, yee haw! Looking forward to it, although I’d be fibbing if I said I wasn’t planning to check the Browns score every once’t in a while from my perch up in the light booth…

13 thoughts on “But seriously.”