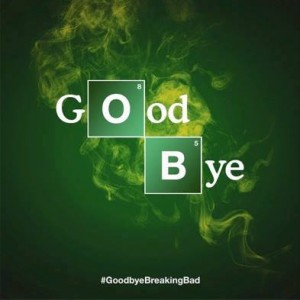 We watched the season finale tonight — I am so glad you didn’t include spoilers.

Such a good show. Have you continued to watch The Newsroom? New show we watched tonight: Masters of Sex (on showtime, I think). Pending new shows: The Blacklist and The Crazy Ones. Only on a trial basis, naturally. We’ll see if they make the final cut. Still impatiently waiting for Sherlock (BBC) and House of Cards…

Hey! Wouldn’t the Indians play Boston in the postseason…? If they make it. Oops. Jinxed!

House of Cards! I think it’s what, January or February when that comes back? And yep, still watching Newsroom, Homeland, Boardwalk Empire. I saw a bit of the new one (M of S), but it was a bit too…um…fleshy for this old hag.

I’ve been told by several people that Sherlock is excellent — gotta check that one out after our show closes. And shhhhh!!! No jinxing!

It is a bit… fleshy. I was shocked and then I remembered it wasn’t from regular cable. Then I was less shocked.

Sherlock IS excellent. It’s a strange set up, kind of like House of Cards was with letting us binge on all the episodes. Each “series” has 3 episodes, each about an hour to an hour and a half long. He talks extremely fast in that show — if it wasn’t already a good show… how fast he can talk with real words coming out is even more impressive.

I am sorry to see Breaking Bad go, too! But we are totally binge-watching Sons of Anarchy, Boardwalk Empire is back and Downton Abbey has started on ITV. We have enough to watch for now.

Any idea of when House of Cards continues?

House of Cards I *think* is January — at least I believe that’s what I read. And you mentioned Sons of Anarchy before; I know lots of people who are hooked on it. Add another log on the fire!

I’m with you — there’s enough stuff I’m recording on DVR. Friday nights are about my only night of the week to do any watching, when I’m not going to a football game.