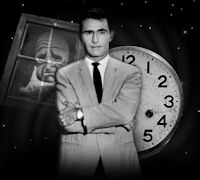 I gotta write this down before I forget it. All right, all you Davids Josephs out there — interpret.

I’ve been in and out of consciousness since 1 a.m. I awoke with a start at 4:35 after having this dream…

I was at my Dinner Theatre. For those who don’t know, DT takes place in a large-ish cafeteria that also has a stage, so it’s perfect for that kind of show. The weirdness began immediately because:

a) I was sitting in the audience and not at the piano in the pit
b) There were no tables with food; only rows of chairs

So I’m sitting there with people I don’t know, enjoying the performance. Then, one of my 7th grade boys walks onstage to do his feature number, which is bizarre, because my middle school students aren’t even allowed to audition for the cast. As he begins singing, he is joined onstage by a band full of the weirdest-looking people I have ever seen. (Think Mos Eisley cantina scene from Star Wars.) They began playing behind this kid, and actually the sound was good. They harmonized with him. But I was still shocked that this 12-year-old boy brought his own band and didn’t ask or tell me. I sat there, embarrassed and doing a slow burn.

Then the movie started.

It was a montage, beginning with scenes from The Wizard of Oz. Then it flashed to other scenes, each one darker and more gruesome than the last. (Think original Willy Wonka movie, bad-acid-trip boat scene: Not a speck of light is showing, so the danger must be growing. Are the fires of Hell a-glowing? Is the grisly Reaper mowing?) The singer and his band were nowhwere to be found now, but the movie montage went on and on and on and on…

After what seemed like an eternity, I got up and walked to the back of the room, ready to storm out into the hallway, go backstage, and stop the madness. I ran right into one of the guys from the kid’s band, leaning against the wall. All I could do initially was stand there and gawk at his face. (Think Hervé Villechaize morphed with Marty Feldman. Except tall.) Anyway, I told him how utterly disgusted I was that he hijacked my production, not to mention using copyrighted cinematic material without permission. He nodded and apologized; then, this exchange:

Him: It’s all in Jacksonville.

Me: What? What’s in Jacksonville?

Him: I thought maybe you and me…

*jerking awake and looking at clock*

And there it is. Nightmare on Sandusky Street. And now, the shower, the bakery, the school house, the 3-hour tech rehearsal — and hopefully, no creepy folks wanting to go to Jacksonville. Ugh, I need me some coffee.

Fear of getting upstaged? I dunno, I’ve always been bad with dream interpretation. It’s why I sleep with white noise: to keep myself from having the really crazy dreams.

I’ve slept with a fan running in my room every night for years and years — I like the white noise, too. Keeps the goblins away…usually!

“…may be an undigested bit of beef, a blot of mustard, a crumb of cheese, a fragment of underdone potato. There’s more of gravy than of grave about you, whatever you are!”
Ebenezer Scrooge

Why thank you, Uncle Eb.

I run from them! I shun them!

All I want to know is: Who was running the lights for that production????

I know who it likely WASN’T!

OK…I’m worried about you… LOL

I know, right? Not enough sleep, Boomy…I need some pool time at the Dallas manse!

Ugh…I don’t know, fiend. Kinda made me woozy when I got up. Too real!