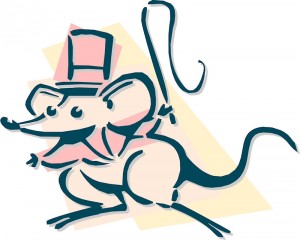 Yesterday, I heard a teenager say, My religion is my civil right! That’s true, yes? Well, no. Not exactly. I did some cursory research on how much the youth of America — indeed, all Americans — know about the paperwork that forms the raison d’état for our republic. The findings are depressing, long-standing and embarrassing (although to be fair, 1,000 people in a survey doesn’t strike me as a truly representative slice of America).

A good number of my middle and high school students cannot name the Vice President of the United States. Still more can’t tell me the three branches of government, or who was President before Barack Obama. Of course, this isn’t due to bad parenting or lack of intelligence or teachers abandoning good instruction. Rather, it’s a pervasive, nationwide complacency — apathy in epidemic proportions — with regard to government. This nonchalance has taken our youth hostage over the last three or so decades, and hasn’t let up in the slightest. I worry.

Therefore, with love for all and malice towards none, I give you something to share with the next person you find who either 1) misquotes the Constitution, its Bill of Rights, or the Declaration of Independence, or 2) mixes up the difference between a civil liberty and a civil right. Actually, it’s good for all of us as a refresher; I know it was for me.

The following is a translation of what happened in 1789, when Congress realized there’d better be some “oh, and by the ways” in the document in order to minimize abuses of power, and to ensure that each US citizen had a clear list of basic legal rights.

And that is the Bill of Rights:  a fancy name for the first 10 amendments to the Constitution. Now, about these pesky definitions…

I guess it’s nit-picking, in a way. Guilty as charged, and it’s really not that huge of a deal, since the lines between the words have come to be quite blurred. But the above 10 items, while listed as rights, are in fact your civil liberties, or “freedoms.” Civil rights deal with the equal dispatch of those civil liberties within the framework of the law. FindLaw.com offers this analogy:

[A]s an employee, you do not have the legal right to a promotion, mainly because getting a promotion is not a guaranteed “civil liberty.” But, as a female employee, you do have the legal right to be free from discrimination in being considered for that promotion. By choosing not to promote a female worker solely because of the employee’s gender, the employer has committed a civil rights violation and has engaged in unlawful employment discrimination based on sex or gender.

Then there’s the complex issue of granting civil rights under the law to people who really aren’t nice folks, according to “civilized society.” You know who I’m talking about: the pornographers, the flag burners, the America haters, murderers and rapists, etc. Like it or not, they have civil rights, too, even though their activities are abhorrent to a large section of our culture.

I for one am glad these laws exist. I would like to think that if I were ever upbraided legally for something I did or said according to my First Amendment beliefs, I would be relieved to have the law on my side.

The most cloudy and dangerous of all “rights” issues is when one liberty clashes with another, and further interpretation and arbitration are required. Enter the Supreme Court of the United States, whose job it is to come to a decision on the most sensitive and legally explosive cases of Constitutional law. The Pentagon Papers case comes to mind, when the freedom of government to keep military secrets clashed with the freedom of the press to report the secrets to the people. What a mess.

Speaking of mess, I’d better get up and get to cleaning around here. Busy week ahead before the busy week after that. Almost down to go-time!

8 thoughts on “Bill of (Civil) Rights & other mistakes”