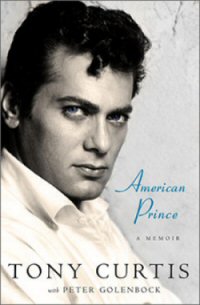 And in spite of its niggling annoyances (I love the word “niggling”), it’s a great read so far.

Of course, Bernie Schwartz is the real name of legendary actor Tony Curtis, and I’m reading his memoir, American Prince.

The first thing I had to do was get past the title. Juuuuust a bit pretentious, if you ask me, which you didn’t, so on we go.

Second: Boyfriend likes to drop names. What he thinks of Shelley Winters and Danny Kaye…well, suffice it to say I’m glad they’re not around anymore to read what Curtis has to say about them. However, Jerry Lewis and Debbie Reynolds are still alive…yikes.

Third: OK, so you’re not gay. WE GET IT. Methinks thou dost protest too much.

Fourth: Conversely, I don’t think a memoir necessarily needs the play-by-play (along with first and last names) of all the starlets the author, um, compromised. But as Curtis said in a recent USA Today interview, “What you’ve got is what my life was like. What was I going to do? Clean it up? Make everybody happy?” Bottom line: brother was what David Duchovny is, but they just didn’t have a name for it back then.

Fifth: Curtis is to anti-Semitism what Al Sharpton is to racism. Really. You can’t go three pages without reading about some guy on the street or a movie producer or director or fellow actor who looked sideways at Tony, undoubtedly because “I’m a Jew.” At least he admits to being ultra-sensitive about it, whereas our friend Sharpy McSharperton… 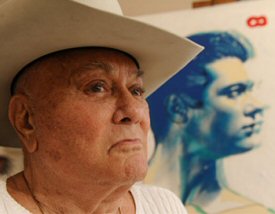 But, all annoyances aside, I am having a ball reading his anecdotes. Truly, it’s like being in a room with your 85-year-old great uncle who has wonderful stories that are a total gas to listen to. And a great storyteller he is. Curtis’s prose and style are entertaining and never boring; I can hear his adorable Bronx accent in every line.

Truth is, I wouldn’t want the book to read any other way. I mean, so what? So he’s Narcissus, gazing into the reflecting pool of his long-ago gorgeousness. So he’s tremendously bitter towards Universal and the movie industry in general for not giving him roles that would have let the world know what a truly great actor he was. So he slightly overstates his influence as a genuine American phenomenon of the 1950s and 60s. No matter. He has lived an amazing life and has the stories to back it up. If you’re not familiar with his work, check it out here.

OK, gotta hit the shower and then the school house. Yes, fiends, I am going into school today. There is work to be done and I’m finally in a position to not be distracted by upcoming exams. I might actually get something done today, as opposed to pacing my classroom like a caged tiger, trying to memorize outlines.