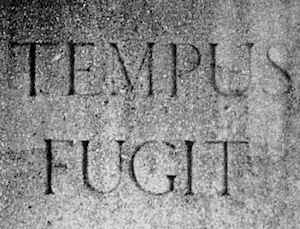 The Thriller insists that as I’m getting older and my mind is more on grandchildren and travel than grand theater and tap dancing, my priorities are shifting. It’s true that I’ve been thinking about retirement more and more lately (many of my teacher friends already know I’m not going to make it to 30 years). I told BFF Kay last night that I want to be there for Jake and Justin’s concerts, ball games and school programs. I want to be able to pick them up from school sometimes, and take them to my house for dinner, homework, hang-out time, whatever. I also want to be available to drop everything and take off for an extended weekend with the Thriller before we get too old to take off for anywhere.

And don’t forget the occasional sleeping in.

Anyway, I figured about nine more years and I’m done. I’ll do something else, like the bakery business, or maybe write another book. The thing is, I can’t do just part of my job as I get older. I have to do it all, or it won’t work. In other words, I have to do those shows; gotta put in the late nights for three months, twice a year. That’s what’s aging me. But cripes, I do luv it.

What do you have planned for the “holiday” weekend? I put “holiday” in curly finger quotes because it’s supposed to be a day “on,” not a day “off.” I should be performing a community service on MLK Day, but instead, I am having tap rehearsal. Is that a service? Whom does it serve? I spoke to a friend who works in the private sector yesterday and asked him what he’s doing on MLK Day. He scoffed and said, “I have to work on MLK Day! I’m not a public school teacher!”

Regardless, it is Saturday, and for many, that is a day of rest. So rest while you can, fiends. Monday (or Tuesday) is right around the corner.