This weekend was the Ashland Balloonfest. 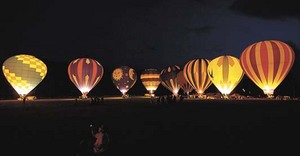 The traditional Friday night Balloon Glow is a sight to behold. Balloonists from all over the country set up their pretties in Freer Field, directly behind the Ashland County Children’s Home, and on cue, they fire ’em all up. I didn’t go this time, but I’ve been in past years; it’s a definite “ooh, ahh” moment.

Yesterday morning, after I wrote my Diprivan post, I relaxed and read the news over coffee. At around 8:00, I heard loud hissing sounds outside. At first I was confused; what was that noise anyhow? It was only after Rousseau began a massive wig-out that I realized what was up: the 4th of July Balloon Flight was happening right above my house, and the sounds I heard were the pilots releasing the powerful flame jets to control the altitude of their inflatable ships.

I grabbed the camera, and while alternately snapping photos and trying to shut up a totally ballistic dog on the front porch, I saw these beautiful images: 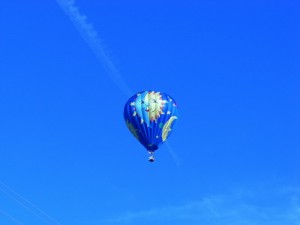 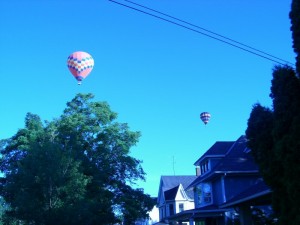 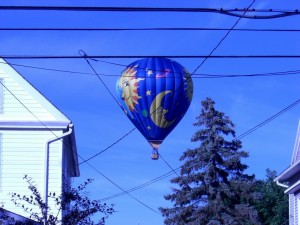 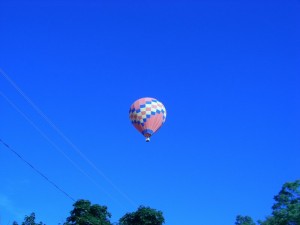 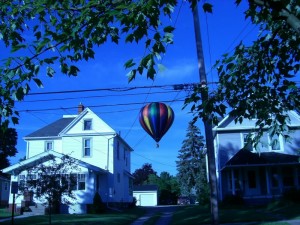 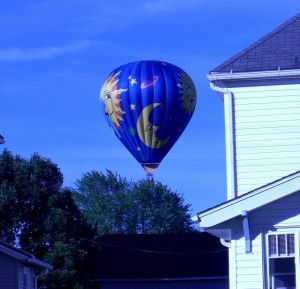 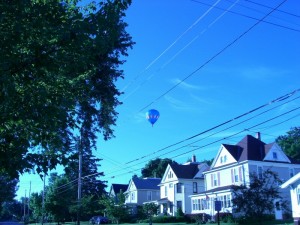 Gorgeous 65-degree morning, clear sky…stunning scenery on my street. Nice. Had a great time at the party last night, too. Bonus: saw Lars play in a band before the fireworks at the local football stadium. My kids are beast.

Oh, and Rousseau needed a nap after all the excitement. Drama queen, sheesh.

Have yourselves a nice Sunday, fiends.