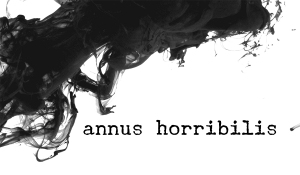 It’s what Queen Elizabeth called 1992. She said, “1992 is not a year on which I shall look back with undiluted pleasure.” And no one could blame her, really; ’92 saw Windsor Castle burn, royal family marriages disintegrate, and a naughty scandal involving Sarah Ferguson, who was then the Duchess of York.

Personally, I thought 2016-17 was my annus horribilis time. But I don’t think 2020 is done with us just yet. Oy. I hope you’re all doing well. I’d be lying if I told you I wasn’t a little concerned about going back to school. I confess I’m ten kinds of uncomfortable with the prospect of even a half room full of singers. My district has provided me with a plexiglass shield to go in front of my piano, and we’ll all be in masks, so I do feel better about that. It’s that darn unknown… 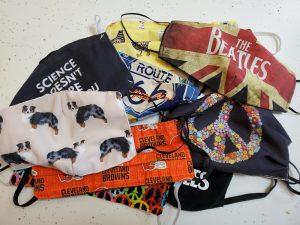 I’m about as mentally prepared as I’m going to get. The mask-wearing is pretty standard for me over the last month, so I feel fine doing that. I’ve got quite the collection of them going — I’ve found it to be another form of self-expression, and that’s been kind of fun!

What bothers me is that too little is known about how children carry and transmit this virus. And of course, with all the adults who will be at school as well, it’ll be near-impossible to trace everyone’s movements in an ongoing fashion. It’s almost inevitable that someone — student or adult — is going to be infected at some point. I hope I’m wrong.

Oh well. I’m going into this with the plan that everything’s going to work out. If I don’t, I’ll lose what’s left of my mind.

I just realized that it’s been two months since I last wrote to you. And I’ve been working from home. I need to fix that! Again, my hope is that everyone reading this is doing well, and your families are, too. As the Thriller was wont to say: Onward through the fog.

I am scared for you Linda. I have many friends that are educators and it’s incredibly scary. I don’t envy anyone having to make these decisions. Teachers, parents having to decide whether to send their kids to school or not. It’s awful. Wishing you the very best.

Thanks, Mare. There’s so much unknown…I can only hope everyone’s done their research.

If I was a parent of a school-aged child, I don’t know what I’d do right now. I do know that my program will tank if I don’t have bodies in the room at some point. My biggest fear (besides being infected or infecting my sister) is that after 21 years, I’ll have to start building anew.

I’ll keep you posted on how things are going! Thanks again for your love and concern!

I totally understand your fears, I’d be the same way. My fear would be that everyone will be strict with the rules then gradually slack off.

I’ll be thinking of you as you go onward through the fog. ??

Those question marks are supposed to be a heart.

I fear the same thing…that everything will appear to be OK, then we’ll get lazy. I need to make sure I never let my guard down.

PS — I’m on the emoji thing. I think there’s an add-on pack I can get with this new comment system. Coming soon!

Sending you lots of hugs and strength as you head into that fog. Like so many others I am concerned for the teachers and staff – and of course the kids. Our 6th grader will be learning from home this year. Her anxiety about heading back wouldn’t be conducive to learning. I wish more families had the option of doing that… feeling spoiled that we can make this option work. Spoiled and beyond grateful.

I just now saw this comment, Darice — thank you! And you are not alone in the remote schooling. As I’m sure is the case out there in PA, many families are choosing this option for their kids this fall, due to the general unknown of what this virus is going to do. I don’t blame anyone for it. Of course, I hope that we’re back to regular school by the new year, but as time wears on, I think that might be a pipe dream…

But again, through the fog, right?? Hugs back atya!