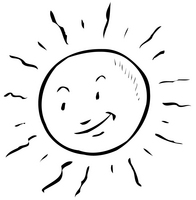 …on Cleveland sports fans who awaken to no chance for a championship. And no bleating from the longsuffering CHICAGO fans, either (yes, RD and the Thriller, I’m talking to YOU).  Can you say 2005 Sox, the 90s Bulls, the ’85 Bears, and possibly the current Blackhawks? Don’t talk to me about city sports droughts. Put down that candle you’re trying to hold.

OK, so the Cubs kinda suck, but not as bad as the Indians.

The LeBron era could be over. By his own admission before the disaster last night: “Potentially being my last game in Cleveland, last game of the season, I’m looking forward to Game 6.”  No matter. It will be one day anyhow, right? This guy said it most interestingly in the comment section of the article I read this morning:

I would see him going to the Nets before the Knicks. Brand new arena being built in his favorite city (Brooklyn), his best friend part owner of the team (Jay-Z), an incredibly solid young core, possibly John Wall or Evan Turner and 3 more draft picks from this year including another 1st rounder, a ridiculous new billionaire owner who jet skis, hits clubs, and parties with nothing but models…

I just think in terms of what the Nets can offer, it’s substantially more enticing than the Knicks. You know Jay-Z will be on that private jet to pick him up the day free agency begins.

Regardless, we look forward. No more basketball posts at RtB for awhile. And hey, it’s Finkday. Finally. I must eat candy to celebrate.

2 thoughts on “And the sun comes up once again…”