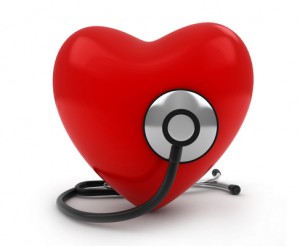 …when it was time for a cool change. Non sequitur: I’m noticing that since I’m cooking two meals a day (and preparing lunches), the time is going by faster in the mornings. Making breakfast especially rushes me.

But why am I cooking two meals a day and rushing around in the mornings? Here’s the tale.

A week or so ago, the Thriller had his blood pressure taken. It was, for the first time in his life, abnormally high. I don’t think he’ll mind if I tell you that he was scared, as was I. He’s only 61, and for having smoked for 40 years (quit 2 years ago) and suffered for at least that long with a back injury, he has always been in surprisingly good health.

Well, all good things must come to an end. So, knowing that this plan of action would be good for me as well, we spent last Saturday morning cleaning out the pantry and fridge of all Frankenfoods. Many canned goods, all boxed dinners, the hot dogs, white bread and balogna — all gone. We committed to each other to eat as “clean” as possible, because we owed it to our grandchildren and to ourselves.

Now here’s the thing about the Thriller.

This man has overcome some major issues in his lifetime, healthwise, what with addiction to smoking and other health matters. Once he puts his mind to a thing, there’s no stopping him. He will likely lose 20 lbs. this month with his new eating lifestyle (an unwelcome side effect from quitting smoking was a considerable weight gain), and I will maybe lose…oh…what? Four? One?

Still, it’s not about that. It’s about taking our health back by cancelling out fake foods. We’re buying only organic produce (don’t get me started on the whole Monsanto thing), and eating red meat only once per week — and even then, we weren’t completely thrilled, so that’s not a hard-and-fast rule, either. More fish. I’m learning to like fish. I’m learning to like fish a little. It’s still slimy and nasty on a small scale, but I’m getting better at it. I’m starting with salmon and cod; we’ll see where it goes from there. Don’t rush me already.

Yeeps — speaking of rushing, I am now 15 minutes late for the shower. Hey, guess what day it is!? YAAaaaaaAAAay