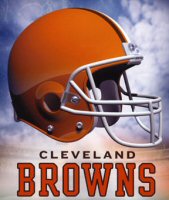 Hey! Remember when the Browns went to the Super B….

But remember last year when the Browns went to the pla….

Sometimes I wonder why I bother. But I just can’t let go. Not after almost 30 years.

I got to thinking this morning about how long it’s been since I’ve actually been to a Browns game. I think it was 1992 or something. Anyway, it was a time when names like Bernie Kosar, Frank Minnifield, Reggie Langhorne, Webster Slaughter and Hanford Dixon were household words around these parts. 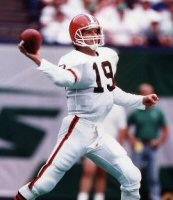 Yeah, I remember the ribbing Mr. Side-Arm used to take. (And don’t forget the tremendous beatdowns.)

But those were great days for Cleveland football fans. And even though I’m all vain and girly and won’t touch spiders, I know more about football than any woman I know. My dad used to say (as he’d drill footballs into my 11-year-old ribcage), “You’re the closest thing to a boy I’ve got – now get tough!” Heh. Nostalgic, tender moments from my childhood…

But I digress. This year, I pledge to not give up on the Dawgs. I mean, it’s not that the talent’s not there. Anyone with a brain will admit that Kellen Winslow and Braylon Edwards are fun to watch. It’s the putting-it-together part that has bitten the collective butt of the Browns. Seemingly over and over.

Despite all the talent and the fact that there are as many opinions about this as there are seats in Browns Stadium, any Cleveland fan will tell you that playtime is over; it’s time to get down to business. We have long-standing animosity towards the Ravens (I know, get over it) and even longer-standing hatred for P******rgh. (And I swear if I ever see Sam “You Don’t Live in Cleveland; You Live in Cincinnati!” Wyche on the street, I will drop him where he stands.)

But we need to file away all those extreme prejudices, and concentrate on winning. 10-6 and missing the playoffs to the team with the ugliest uniforms in the NFL ain’t gonna pass muster.