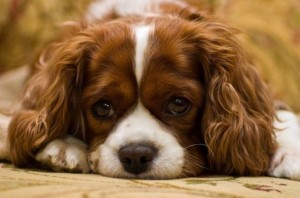 I really thought it might continue. The Thriller’s Black Hawks won the Stanley Cup, and I hoped it might be my turn to back a championship team of my own as well. Alas…

Why? Why do we feel such affinity towards a sports team? Why do we take their losses so hard and so personally? The reasons are plentiful, according to which opinion you read, but I guess mine centers around pride for an area that has certainly seen its share of hard luck, and for which a pro sports championship has not been won since I was five years old. It doesn’t matter which Cleveland sport you choose; the result is the same. They’re snake-bit, but that doesn’t stop the hope train from roaring to life at the opening tip/pitch/kickoff of each season. You’d think I’d be tired of that scenario after 35+ years. Naaah.

Being a sports fan is a dubious undertaking. A fan spends enormous stores of energy for an event over which he or she has absolutely zero control, and whose identity the favored players on the chosen team will likely never know. Reading derogatory comments after a stunning loss (and oh my, they are in plentiful supply on the Cavs social media pages this morning) hurts, offends, enrages. Why do we take it so personally? OK, why do I take it so personally? What will a championship win really do for me, and why would I most certainly feel a party to it being won, as if I might have had something to do with it?

As a Cleveland fan, I’ve endured unending jabs at school, mostly by students whose favorite teams have beaten “us” the night before. (I’m used to it, believe me.) Many behave as if they owned the winning team, and were paying back some long-ago slight by smashing my team into the dust. The hubris. The nerve. How dare they trounce my perennial chumps?

I know. I’m just jealous and disappointed and, quite possibly, a sore loser. Of course there are other things in life to celebrate, and I’ll get over this. That’s how it always goes — ask me how I know. I’m looking on the bright side, as Vegas odds have predicted what every Cavs fan wants to hear, but again, it’s Cleveland, so… 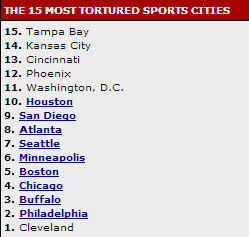 The Curse continues, but hey, at least we dominate one ESPN list. Yeah!

Life goes on, ja? The milk’s on the floor — no amount of boo-hoo is going to make last night un-happen. At any rate, I can relax and not worry about a Game 7. Time to enjoy the summer for real! The Js last night and today, the A-Team Thursday and Friday all day — a good week ahead, even though it’s already Wednesday. Hope yours is good, too, especially if you’re a Warriors fan. *sigh*

4 thoughts on “All together now:”