Of course all is well. It’s been an hour since the terrible thunderstorm passed, and Rousseau the Chicken Dog has long returned to sleeping like a baby. I, on the other hand… 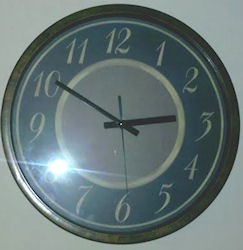 Funny how I’ve had two school nights thus far, and have failed to stay asleep past 3 a.m. on both occasions. We are going to have success tonight though, by crackie, because tomorrow is a marathon. It’s the first football game of the year, and Stoney and I are scheduled to be ticket droids at the gate. Fun! I like that job; you get to greet everyone. <insert cheesy Walmart joke here, go ahead>

The first day of school was not a train wreck. Lots and lots of rusty singing, but we’ll fix that right up, now won’t we?

Truthfully, it’s good to be back with my kids and colleagues. I’m starting my 13th year at my school, which means the students who were in kindergarten when I arrived are now seniors.

So, what’s fun to do at 3 a.m.?? I guess I’ll go make my lunch and choose an outfit. I’m tellin’ ya. One. Big. Party. At least I get a free latte at Starbucks this morning. Yay!