I had rehearsal yesterday all afternoon, so I couldn’t make the trip to the Columbus Zoo. Fortunately, thanks to dear friend Jane (Jake’s other grammie), I have some nice photos from their day.

Don’t you hate it when people post photo after photo of their children or grandchildren, as if readers might be interested? Ha ha heh heh heh. Oh COME ON, be a sport. Indulge me. Someday you will know the feeling. I’ll bet RD has to stand on a ladder to unfold the wallet photo collection. But I must admit it’s tons of fun.

And I don’t mean “fun” for the standard, tired reason that many grandparents seem to give, either: I love grandchildren — especially when I can send them home to their parents. That’s not the case with me. I love them because they’re part of Seamus and Hannah, and therefore a part of me. I’d raise ’em by myself in a New York minute.

Anyway…here are the fotos. There are only three, so I’m being kind. 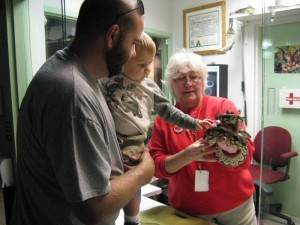 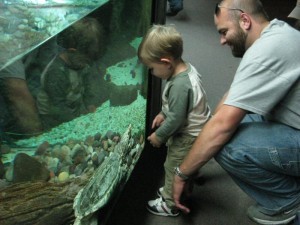 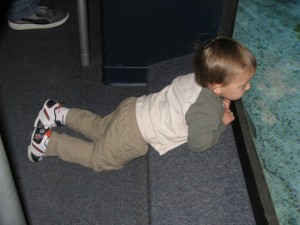 I don’t know why I just thought of this, but check it out.  You can search every last one of my 567 posts since February 2008, and not find one instance where I’ve used the word pics to refer to photographs. I hate the word…the mouth feel thing again. I remember back in my early Usenet and IRC days (we’re talking 1994-95, thereabouts, when I first got a dialup connection at home) seeing the word “pics” for the first time. I thought, “Why not just say the 2nd syllable?” It’s a piece of “netspeak” that has just stuck. Me no likey. But you go ahead, by all means. Doesn’t bother me to read it.

I used to have a friend on a lowcarb newsgroup who used the word “pixies” to refer to photos. She’s not with us anymore.

8 thoughts on “A vicarious visit”