While stumbling around on the web at 3 a.m. today, I came across Rolling Stone‘s 100 Greatest Singers of All Time list. (“A panel of 179 experts ranked the vocalists.”) Now before I get all snarked up, I will say that I agree with many of the selections. I’d even go so far as to say I totally see the reasoning behind the #1 choice.

But a list that includes Stevie Nicks, Willie Nelson and Janis Joplin gives me pause. Great pause. Rating Roy Orbison above Freddie Mercury? More pausing. Then I realized, it’s really not about basic vocal beauty, is it? I mean, would you want Little Richard singing the Lord’s Prayer at your wedding? (Don’t answer that.)

Singers are great, in my opinion, not so much for their vocal prowess as for how they make us feel. Now don’t get me wrong; I appreciate super-human voices with technique up to there. I really like them — so much, in fact, that I wonder which of the “experts” at Rolling Stone decided that Bono should get the #32 slot, but Bobby McFerrin shouldn’t make the list at all. *scratching head*  Still, you have to go back to the overall effect.  Case in point: 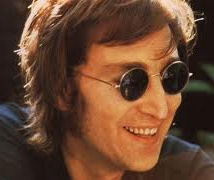 There is no question, hesitation or waffling with regard to who is my #1 pick of all time. Don’t even have to think about it. From the moment I heard him sing the opening line of “Girl” (Is there anybody going to listen to my story…?), the space at the top was locked up forever. And I can’t really tell you why he’s my all-time #1. I don’t think I could find sufficient words. But if I were to give it a go, I’d tell you that his voice is so different, so expressive, so intimate…you feel like every lyric he sings is from a song you wrote and hold very dear and personal. His style is both plaintive and declaratory; tender and merciless; ragged and delicate.  Almost everyone I know can hear a recording of his voice and identify it within seconds. Add to that the fact that in 45 years of listening to him over and over and over, I have yet to hear one note sung out of tune.

In my mind, he’s just the entire package. And this from a “trained” singer in classical and jazz music. Just goes to show it’s more about what’s in your heart than anything. It is for me, anyway.

It’s an oft-mentioned adage in singer lore:  you’d much rather hear a singer who’s not necessarily technically perfect, but who can sell a song, lock and stock. The names on that list are few.

So how about you? If you had to choose one voice as your “Greatest Singer of All Time,” who would it be, and why? I covet your articulate and compendious opinions.

Aaaaaand it’s 5 a.m. Time to git bizzy. Have a dandy day, fiends. I highly recommend some Rubber Soul on your way to work this morning.