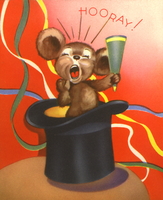 Yesterday, my husband (affectionately known as the Thriller, because he has a rather well-known name) embarked on a quest I never thought I’d see.

After 40 years, he is giving up cigarettes.

Of course, I’ve never known a time when he didn’t smoke. He started the year he graduated high school (1969), and with the exception of one brief period — during which his family begged him to please go out for a cig before they all lost their minds — he never stopped. Until yesterday afternoon.

I don’t understand the pull of nicotine addiction, having never experienced that particular craving. But from what I have seen from Thriller, my sister Mavis, and many other members of my family (I come from a long, long line of habitual smokers), it is intense. I have been a smoker myself in the past, but had no trouble laying them down. And since they’re now up over $6 a pack (and in some locales, as much as $7.50), lots of people are laying them down. From an article in the Nashville News:

Come April 1, the federal tax on a pack of cigs increases to $1.01. Add in a state tax increase to 62 cents a pack, and a pack of Camels or Marlboros will soon run you $6.75. Parliaments and American Spirits will jump to about $7.50.

To keep smokers from retreating to more cost-efficient grounds, lawmakers also raised the tax on roll-your-own tobacco by a stunning 2,200 percent. The federal tax on a pound will go from $1.09 to $24.78.

Yikes. Suffice it to say that the Thriller’s decision to quit (based mostly on the fact that, as he said, “I’m killing myself,” but also on the ridiculous price hikes) has my respect and admiration. I can only imagine how difficult it must be.

He is using his pipe to help him through the first few days. That’s fine, especially since he predicts that the constant messing with keeping it lit will be such a massive pain in the hind-end that he’ll give it all up, sooner or later. Sounds like a plan to me. Anything is better than his former pack-and-a-half-a-day habit.

It will be a challenge and a long haul for him, I’m sure. But there are those of us who want him to see his grandchildren grow up. He knows it’s worth it. So, shout out to the Thriller if you’ve a mind to. He’ll need all the encouragement we can give him.

I don’t know if there’s a sentiment that works better than “good luck.” I don’t know how tough it is to personally quit, but I’ve seen my dad try. That was actually kind of hard to see. He’s been smoking since 1984, and he just quit one day, completely. Until that point, I didn’t really know anything about nicotine withdrawal… (sorry… O.o that’s probably not very encouraging.)

There’s all sorts of things available these days to ease nicotine withdrawal – some by prescription but others over the counter. There are also support groups around on the ‘net and other places. These were not available 35 years ago when my mother went cold-turkey. I say take full advantage. Stay strong, big guy. You can do this.

Hurray to the Thriller for making this important decision and taking this significant step. The journey may be really tough at the beginning, but I pray complete success for him.

I’ve quit 3, 4 times. Tried cold turkey, nicorette gum, and the latest, Chantix. Not easy. Over a 40 year span, smoking has made physiological changes to his brain in the form of a lot-a whole lot-more nicotinic receptors. Now denied their nicotine, they’re gonna start barking. My dad had smoked for 20 years then quit, and even a few years after quitting he would drive to 7-11, park, roll down the windows, and savor the smoke from the skaters who hung out on the sidewalk. So your husband’s name is Jermaine? ReplyRat Fink Reply:April 3rd, 2009 at 12:48 pmHA… Read more »

Greetings all. Many thanks to the Finkster for posting my quest. She is as intelligent as she is beautiful. And, thanks to all of you for posting your comments. You know it’s time to quit when you get a tax bill from the government saying your “carbon footprint is too damned big”. lol On the upside, I’ll finally be able to pave the driveway with the tar I scrape from my lungs. I’ve tried all the potions/chemicals/methods in the known universe for quitting smoking. In my humble opinion, they’re all crap. Why? Because I wasn’t ready. Now, I am. It… Read more »

OMG! Those were the days, weren’t they? Geez…Mrs. Frisian…

YOU GO, Thriller! All my best wishes to you for complete success! My dad quit via the “cold turkey” route back when I was in elem. school. He tells the tale of what a little smart a*s I used to be (no comments Fink!) when I was young. I HATED the cigarette smoke. We’d be in the car & I would roll down the window, stick my head out & would cough & choke & make a big stink about how I hated being in the car with the smoke! He *almost* got the picture. Then one day, he &… Read more »