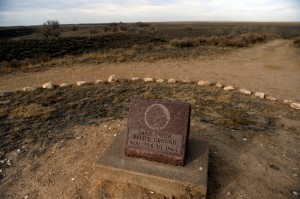 A monument sits on an overlook that greets visitors of the Sand Creek Massacre National Historic site near Eads, Colorado. In November of 1864, Colorado militiamen killed over 150 Cheyenne and Arapaho Indians on the site who were living peacefully along the creek in their village. (Andy Cross/The Denver Post)

This weekend marks the 150th anniversary of one of the most ruthless and unnecessary “battles” in American history, when 675 Colorado militia slaughtered between 150 and 200 Cheyenne and Arapaho, who were doing just as they were told: flying the Stars and Stripes to indicate their willingness to maintain peace on a scrap of land at the edge of a reservation. Sand Creek is one of many reminders that the American Civil War featured not one, but two sets of dispossessed peoples: Negro slaves and indigenous Americans. The sad part is the latter were largely forgotten for decades afterwards.

Under the leadership of Col. John Chivington, the cavalry functioned like a street gang that morning, descending upon the unarmed villagers at dawn on 29 November, 1864, gunning down women, children and the elderly, execution-style, while able-bodied tribesmen scrambled to find weapons they could use.  Militiamen cut off heads, scalps, limbs and genitalia, and later paraded them in the streets of Denver as trophies.

Fortunately, there were some US cavalrymen who were still in possession of their humanity, and refused to attack. One man in particular, Capt. Silas Soule, dared to expose the horrific crimes perpetrated by the soldiers against largely defenseless victims by writing official letters decrying the military’s behavior. As a result, Chivington and Colorado Governor John Evans were forced to resign, but neither was ever tried for his role in the massacre.

Tragically, Captain Soule was himself murdered on a Denver street after the war, and while his assailants were known, they were never tried. Still, in a twist of righteous fate, Soule had the last word, many years after his death.

In 2000, the only first-person accounts of what really happened at Sand Creek were unearthed. In the form of two letters, written in sickening, gruesome detail, the tale was finally and painfully brought into full focus from the 135-year-old voices of Soule and his compatriot, Joe Cramer. The discovery of these letters, among other issues, impelled the Sand Creek historical commission in Colorado to reformulate its take on what happened, and indeed, to make things right.

I won’t expound today on the ocean-deep inequity shoved upon Native Americans as a result of the horror that lay at the heart of Manifest Destiny. Rather, I will hold out hope for our nation to be increasingly compassionate, forward-thinking and colorblind, so 150 years from now, our descendants will look upon eerily similar events of today with the same incredulous repugnance we experienced upon reading those letters, knowing that the country had finally learned its lesson.

A blessed, relaxing Sunday to you!

The boisterous laughter and silliness and love from last night’s Hamsgiving celebration is a pretty sharp contrast to this morning: a freezing cold, quiet day of slow beginnings, napping pups (Pax was definitely overstimulated last night and loved every minute of it, while poor terrified Remy mostly just hid in the basement), watching football on TV in jammies, leftover ham for lunch, and vroča čokolada later. 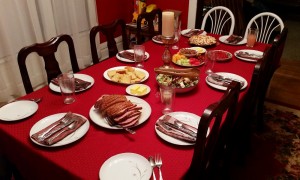 The dining room table was heavy with lots of good food, precious family and tons of laughter.

Hamsgiving is not a long-lasting affair; we start at 5:00, and by 8:00, the house is quiet again, with the only sounds being the Thriller and me, tidying up. Mavis and I really appreciate all he did to help us yesterday, up to and including washing all of the dishes afterwards, which is no small project, as we don’t own a dishwasher. After being up since 3 a.m. and cooking all day, I ran clean out of diesel after putting food away and straightening up, so he did the lion’s share of cleaning the kitchen. (We had kind offers of help from family, of course, but we declined. I guess we’re funny that way.)

While I cluck at the silliness and totally wrong-headed history of the Thanksgiving holiday, I’m very glad we have it. With our kids having busy families of their own, it’s incredibly difficult to get everyone together anymore, and I will jump at every chance I get for it to happen. Awesome night. I’m looking forward to Christmas Eve, when we do it all again. Fun!

Have a beautiful Thanksgiving Day, fiends, and reflect upon how fortunate and blessed we are!

Fink, hoping for a Bears win for the Thriller today 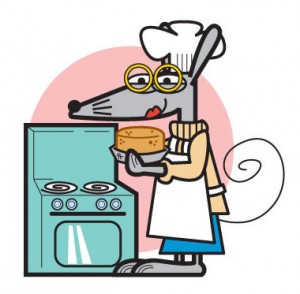 I am grateful to pigs everywhere for tonight. For those who don’t know: our children make the Thanksgiving rounds to two-three different homes every year. Several Thanksgivings ago, I decided to try something different for our November family feast, to give the kids a break from turkey, turkey, and more turkey. Hence, Hamsgiving. I’ve claimed the night before Thanksgiving to offer a classic Midwestern menu, but with a perfectly paradisaical porcine personality.

Fiends who have followed my little blog about nothing for going on seven years know that I harbor a particular affinity for cooking and baking, so days like this are enjoyable for me. Better still is the fact that Mavis and I get to cook together all day long for a big crowd (“big” around here is 13 people, including Bob & Kay, who are very much “family” to us), which is usually a laff riot. We all don’t get together near often enough for my taste, so it’s great to have everyone in one place for one day. Although, if our family continues to grow, Mama is going to need a bigger house.

So, I’m off to get ready. Gotta swing by and get Mavis, then hit the grocery for a couple of items I forgot.

I wish everyone who reads this the happiest Thanksgiving (and to those who don’t celebrate this most dubious of holidays, I’ll just say I’m happy you’re here). I love reading about other people’s plans, so please feel free to post what you’re doing today and tomorrow.

PS — Fellow foodies: there’s also a new cornbread recipe I’m trying today. It’s “designed” to wow those who don’t even like cornbread. We shall see…

PPS — I really enjoyed reading your comments from Sunday’s Greek post — I look forward to responding tonight, when the dishes are done and the house is quiet.

While spending a lazy Sunday morning catching up on some reading, I came across an article in Rolling Stone, announcing the University of Virginia’s decision to suspend all fraternities until January in order to investigate the serious allegations brought forth by women who claimed to have been assaulted by frat boys. The suspension is one of several, in a time span that featured not only allegations of assault, but also rape and even death of students participating in some form of fraternity event.

It’s good that the focus is apparently to stamp out behavior like this, but reading about the myriad incidents involving hazing, violence, vandalism and assault got me thinking: What is the pull of these organizations? Why do people join? So I put on my philomath hat and dug in, because, you know, I don’t have rhythm section parts to write or programs to prepare or anything on a Sunday. But hey — I’m enjoying my time off more, correct?

A One-Paragraph History of the Fraternity

Fraternities began as underground countercultures (yes, even with secret initiations, handshakes, and code words), designed to enable members to discuss topics that were generally off-limits on university campuses or in polite society. The first official fraternity, Phi Beta Kappa, was formed by close friends at the College of William and Mary during the Revolutionary War, at which time it was dangerous to openly discuss matters of independence from Britain. The Phi Beta Kappans would meet in a tavern after other students had gone home for the night to debate hotbed topics of the day, resolving to remain a brotherhood in secret purpose and purport. But unlike their Latin society predecessors (Freemasons, Illuminati, Skull-and-Bones, etc.), the Kappans focused on camaraderie, joviality and benevolence. Eventually, the frat idea moved westward, appearing first at Miami University in Ohio, then spreading out nationwide, later adding the female component: the sorority.

Why Do People Want to Join?

This is a hot surface question for sure, whose answer depends solely upon whom you ask. Responses I’ve seen in my research run the gamut, and I’ll paraphrase them here:

Now before you go lighting up the comment section in defense of your personal Pan-Hellenic experience, let me say that I have no specific disdain for frats and soros. Just a general one.

Seriously, my point is — can you not have meaningful, philanthropic, jovial friendship experiences for free? Why aren’t all chapters free to join, and why do you have to “rush” (the Greek equivalent of Am I good enough to be in your club?) for acceptance? I have watched firsthand as a girl I know suffered one indignation after another at the hands of mean little princesses who thought themselves superior (although I’m aware you don’t need a sorority to be bombarded by an endless supply of mean girls).

For the record, I’ve never rushed a sorority; never had the inclination.  So that definitely makes me not an expert. Perhaps there are good reasons (GPA, past community involvement, the old nugget It looks good on a resumé) for thinning the herd. Still, what one hears most about — from the general population AND students — is the epic party culture. There’s got to be a reason for that somewhere, and I don’t think it has much to do with a lively session of philosophical rhetoric bandied about at the frat house roundtable.

Hey, for real — I’ll be your friend for nothin’. I won’t charge you a red cent. And you can discuss whatever you want and state your divergent opinion without fear of reprisal, and you won’t have to take beatings with a paddle or drink till you puke. What a deal.

So, about those Cleveland Browns. Off to the couch to watch the game (after writing rhythm section charts, of course). 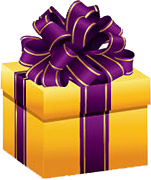 Beginning to what? Look a lot like Christmas? Yep.

I don’t know why, but I’m more excited about the holidays this time than in past years. It’s not that I’m more flush with Christmas coin, or that my two upcoming concerts have me stressed any less; rather, I think it’s a case of looking forward to that “down” time more. You know how teachers never work and have all those vacations? Yeah, that.

I made a comment to a couple people last week that after each show closes, I find it takes me a little bit longer to bounce back — like that’s a major character flaw or physical limitation. It’s really not. I have come to terms with the fact that while I’m slowing down a bit, I don’t have to let it occupy my every thought. I ain’t 35 anymore — so what? And you know what else? I used to feel guilty for having down time. It was like I was wasting valuable minutes doing nothing, when I could be getting stuff done. J’ever feel like that?

Well, those days are numbered for me. Over the last couple of months, I’ve actually enjoyed lying on the couch reading, or watching TV. I’m learning to take pleasure in time off — something I’ve rarely done when we’re not on an Odyssey or having grandchildren over.

So, as it’s beginning to look a lot like Christmas, I’m beginning to look forward much more to some leisure time: shopping, going out to eat, visiting with family and friends, reading, watching sports, and generally just being a bum when I want to. I mean, haven’t we earned it after all these years? I think so.

But first — concert stuff, other school issues, and the Hamsgiving menu. That’s me, TCB.

It’s almost Friday, luvs. Friday and payday: a match made in ze heavens.