Thriller GOT THE JOB!!! 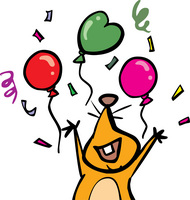 For the long weekend, I mean. I surely am.

Labor Day is always a favorite for me, because it allows me to have a brief break after school begins to re-energize and get ready for the long haul that is September. It’s one of my least favorite months, musically (lots of re-teaching and redevelopment in the choirs to deal with).

But it also signals the beginning of football season, which makes me glad. *yay* Not that the Browns have a hope of doing better than 8-8 this year, but it would be nice. It’s better than a(nother) losing season. Let’s not go there, shall we?

Instead, let’s hear about everyone’s Labor Day Weekend plans. What’s up for you? For me — nada. And that’s how I like it. (Well, there’s choreography and school work, but that doesn’t count as “weekend plans.”) 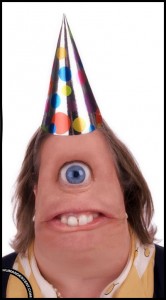 I like having made the decision to move some things around so I could write to you on a more regular basis.

However, as I dragged up to bed last night, I’d forgotten that I needed to get both lunch *and* dinner ready for today, as I have rehearsal tonight.

Plan B: cook stuff this morning instead of write. So, we’re runnin’ on borrowed time here. Still, sitting down for five minutes to put thoughts on screen is better than no thoughts at all. It’s part of the routine, you know? I felt like something was missing for the last week or so, and this was it.

And yes, I moved the treadmill out of the morning hour. Haha — who knew? It’ll likely not happen every day, but I will put it in the evening from now on.

But not tonight. I got rehearsal.

Is it really Wednesday? Are we at the halfway point to the long weekend?

J’ever think about someone who passed away and go, “Dangit! It’s not fair!” ?

Stevie Ray Vaughan died on this day in 1990, and I’m still mad about it. Soon after he’d made a triumphant comeback after quitting drinking and drugs (his cocktail of choice was rinsing down cocaine with Crown Royal), he boarded a helicopter in Wisconsin and never made it to his next destination.

He was a quiet man, humble and friendly, in spite of being “raised” in an unloving, violent home, and getting the crap beat out of him at school every day. Starting on booze in junior high, he played his way through the dark days in Graham, Texas to the glare of the rock star lifestyle, while never really scoring the megastar status that sold out huge arenas. Some hoity-toities called him “overrated,” and a Texas joke who wore silly clothes with music notes on them, and had his initials emblazoned on his guitar, and played with too little finesse. Yeah, there’s no law against being an idiot, so we’ll give them a pass.

I highly recommend Caught in the Crossfire, the first biography written about SRV. Informative, funny and sad. This was a man who deserved to live out his life, and whose best music was yet to be made.

For the truly faithful, here is a vid of a sound check, featuring a sleepy (and likely hung over) Stevie. Man, to play like that when you’re barely conscious…

For greatest effect, let it play while you read this.

No, nyet, nein. Don’t like this not writing thing.

Something has to move over. Not sure what it is yet, but I will sort it.