It went the way of my aching joints: down the rabbit hole. Last night at rehearsal, a student asked me if there were any tap routines in the show we’re doing. Mercifully, no.

Stuff on my reptilian brain this morning:

Time to shut down, finish the coffee, and hit the shower. Uh…can someone help me up?

So I’m taking a break from choreography this morning (one number down, 17752346 to go) to read today’s news. Came across some Oscar talk, and found the best quote of the day.

In an article rating Oscar show hosts from worst to best, #57 (out of 59) was the horrible quartet of Walter Matthau, Liza Minnelli, Dudley Moore and Richard Pryor, who tag-teamed as hosts in 1983. Of their muck-up, producer Buz Kohan said:

I had written the opening number, called ‘It All Comes Down to This.’ They were all scared stiff, but ordinarily if you’re scared, then you put in the time and rehearse. They took the opposite approach. So Liza was forced to carry the number, Walter was singing in his own zone somewhere, Dudley was just trying to walk down these steps without falling, and Richard Pryor, well, I think they told him the next day that he was there.”

And of course, I’ve been saying this for years. Nothing new under the sun.

So are you watching the Oscars tonight? I’m sure our pal Will is, Academy hound that he be. If I can stay awake for the whole thing, I’d like to see Hugo and Midnight in Paris do well, but I don’t hold out much hope, when they’re pitted against anything with George Clooney or Steven Spielberg attached. I dunno…maybe Woody Allen and Martin Scorsese will get lucky again after all.

My weekend was busy, but great — filled with work, Downton Abbey, the Js, and an upcoming new post on The Comfort Foodie. Can’t believe Monday’s upon us again. Rats……….

Got’ny? Hm? Anyone? Anyone? Bueller?

I am desperately trying to put on the dancing shoes and get some work done, but I need a terpsichorean muse; a happy feet raison d’être.

*squirming in chair* I just hate everything today. This is a much-discussed phenomenon in my world. What to do when you want to put your fist through a kitten? Here it is 9:16 a.m., and I haven’t done a thing except pay bills, answer emails, buy something at Amazon, and drink café mocha. What a ne’er-do-well. What a nincompoop. What a donkey. And there sits the choreography notebook, all tired and lonely and forlorn…

OK, enough. Get on your feet; get up and make it happen.

Hey, thanks to all my awesome fiends for the birthday comment love. You are top drawer, and again, the main reason I keep this little comedy on the boards. *hugs* 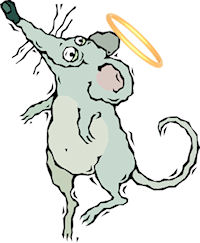 Well I sent Mavis a huge long rant-and-blab email today, complaining about everything under the blue sky, so let’s all say a big Thankya to her for taking the brunt.

So only good stuff today, because I will behave and attempt to quell my inner Kraken.

On my menu for the weekend: choreography, grandsons, choreography. A dance sandwich. How about you? What can I talk you into doing? Escribe. 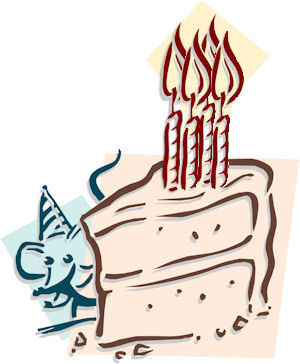 I totally forgot that yesterday was my birthday. Finkweb’s birthday, that is. And of course, in celebration, I shall have to bake something. Nah, maybe not. What I will do is thank you once again for reading and sharing your thoughts on this little forum for the last four years.

February 2008 — I had no business starting a writing adventure, since I was hip-deep in teaching, rehearsing shows, and taking night classes. Whatever possessed me to go, “I think I’ll start a blog about nothing,” I’ll never know. The conventional wisdom at that time advised against starting a blog that didn’t have a specific purpose — and I was definitely purposeless — but I’m glad I jumped in anyway, because not only am I building a portfolio of essays for some future, pie-in-the-sky hopeful writing job, I’m enjoying the somewhat daily contact with family and friends: something very important to me. (Have I told you how much I love the comment love?)

Who could ask for a better result? All this blessing from a blog about nothing.

And I have you to thank for it.