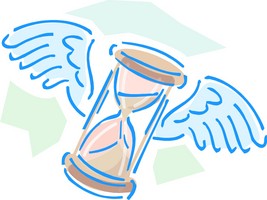 Not all the news was bad. I discovered only yesterday that Netflix is streaming West Wing now. I’ve been ordering one DVD at a time for months. This could put a serious crimp in my free time, what little there is of it.

So what was newsworthy for you in 2012? Anything awesome happen? As always, I covet your articulate and compendious thoughts.

Happy Birthday to Lars!!! As i mentioned over on FB, there must become sort of rip in the fabric of the time/space continuum… because there’s no way he could be that old today….

I know, Boom Boom — seems like yesterday you were throwing him around and playing trucks with him!

My first grandbaby. While I wish the circumstances were different, I’m in love! I’m in love! And I don’t care who knows it! (A nod to your favorite movie, Fink!)

I can’t imagine how hard it must be to be so far away from your grandson, Lori. But he is a little doll! And I say that in all sincerity, in spite of how much your movie reference made me feel a bit snarkish.