I’m not complaining, though. Like the Thriller says: I can’t not do it. Heh.

Mark, set, go. What’s up for your weekend?

I have many “whys” on my mind this day. 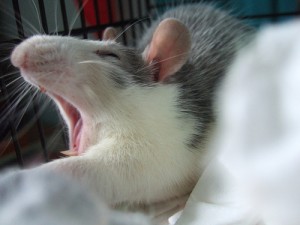 I overslept this morning, and now I’m going to be late. And I also feel like garbage. Ick. J’ever get too much sleep? I know every teenager reading this is laughing, but I swear it’s true for me. I never seem to get enough sleep, which makes me feel yicky sometimes, but getting too much is even worse.

Maybe I should just give up sleeping altogether. Become a zombie. The undead. I will actually get some good practice at that starting Saturday and into production week.

We open one week from tonight — thumbs up. 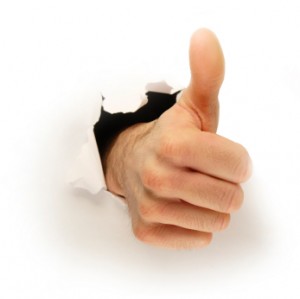 Last night’s Act I run-through was painful in places — especially when Stoney brought down the Stone Cold Stunner on the cast and crew. But as anyone in theater (or sports) knows, directors (coaches) yell. One has to have a cast-iron stomach, and the hide to match, in order to function in live theater. It’s just the way of the thing.

Still, the actors are showing signs of life. I will throw my hat on the table and say that I think we’re where we need to be, eight days out.

After the students left last night, the three directors chatted about what keeps people coming back to do shows, given the hard work and sometimes, frankly, the suffering that takes place. We are convinced it’s because of the payoff; the love from the audience. I’m not sure why the crew keep coming back — they don’t really get any audience love. I’m sure they derive great pleasure, however, from lurking in the dark, plotting world domination. They don’t seem to crave the spotlight actors need, even though they know the show depends heavily upon their work in between scenes. I’ve never understood backstage techies…that’s why we have Greg.

The three movie sequences used during the performance (shot and edited by Finkville’s own Tom Hanks) are a highlight of the show. If you’re in the area, get a ticket. The short films alone are worth the price of admission. But we’d like to think the singing, acting and dancing will add to the overall effect.

Keep it up, kids. We’re almost there. Progress…

As you know, Sunday was #1 Son’s 30th birthday. Jake and Justin’s other grandma (and good friend) Jane took some great photos at the party, and they’re just too cute not to share. Thanks, Jane! 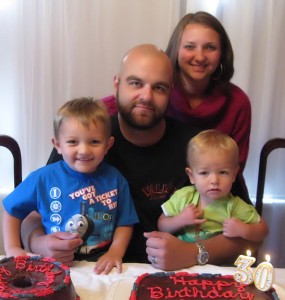 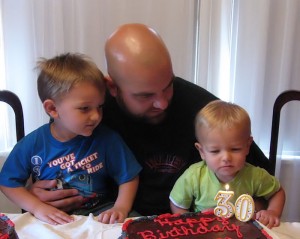 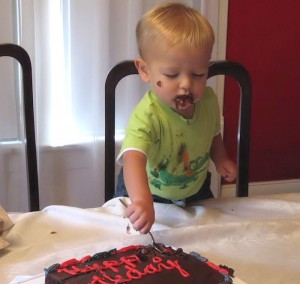 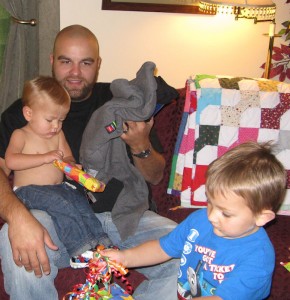 What a fun day. Now go hug your family.