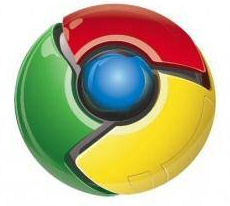 This morning, I accidentally clicked on an old Google Chrome icon on my desktop, which of course brought up the browser (I’d installed it but never used it).

I’d always dismissed the Chrome claim that it was the fastest browser — faster than Firefox, which I have used since the day it appeared in beta form for public download over five years ago — believing  that no piece of software could really improve on speed that much. Well — I think I was wrong.

So I spent some time fooling around with Chrome this morning. You know, it really is faster. Firefox was starting to bug me a little with its feature creep and extension bloating issues. Chrome is slick and quick, no lie. You might want to try it for yourself. Mac users can, too.

On an unrelated note: thanks to all my RtB fiends who posted nice thoughts on Facebook and sent emails about my icky tests yesterday. All is well in the cancer department — as in, there is none. Now the doc will search for other clues (hopefully using less invasive tests).

Happy, um…I don’t even know what day it is.

PS – I am putting this ad on my site (the only ad I will ever put on my site) because if somebody signs up through the link, I get 3 months of hosting for free. Such a deal. It helps keep finkweb going. These folks have been good to me, so use them with my highest recommendation, should you ever want to start a little world of your own on the Internets.

Give you two guesses. Right: food and food. Not having eaten since 5:30 Sunday night will do that to a person. It’s all I can think about. As good as Hannah’s homemade pizza was on Sunday, one-and-a-half slices just didn’t last me till now. And speaking of Hannah…

Yesterday, the two of us spoke about the possibility of her starting a blog/website about the awesome ideas she comes up with for making low-calorie, low-fat treats that taste as good as the “real thing.” She has an incredible knack for it! Anyway, while chatting in email about it, I told her to check out a couple of foodie blogs to get some design ideas. One of them was This Is Why You’re Fat. What happened was I ended up spending an hour on the site, alternately sighing and gagging. 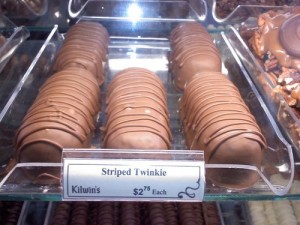 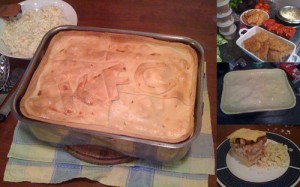 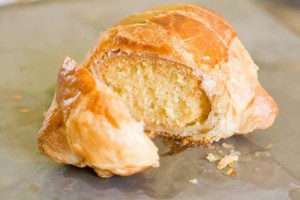 Then there were the gaggers: 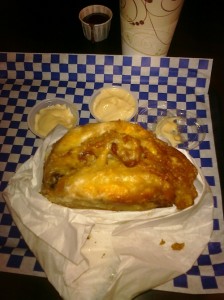 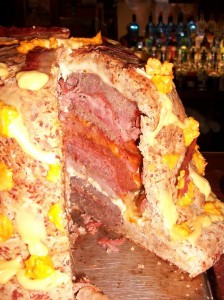 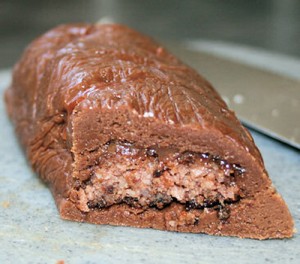 OK. Now that I’m sufficiently nauseous and no longer thinking about food, it’s time to get ready to leave. Have a dandy Tullesday — I shall return tomorrow, mayhap after having had a nice dinner this evening. 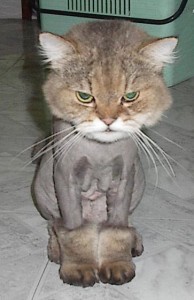 That’s me today. Why? Because I can’t eat. Fie upon those who get between me and my foodstuffs.

I have to have an endoscopy (camera down the throat) and some other tests done tomorrow in Cleveland, so I am not allowed to have anything except these tasty treats:

So that’s my fare for the day. Scrumptious, yes? I will spend the next 24 hours dreaming of grilled cheezers and strawberries and filet mignons cooked medium rare. It’s OK, actually. I think I can live off my fat reserves for one day. I think.

I cannot leave the house today because of the meds I have to take. So please, show some Fink love and post soothing, encouraging, pithy, articulate, entertaining, silly and compendious comments for me to read. Until then, I’ll be on the couch feeling sorry for myself, until Mavis gets here to take over the job.

Last night I watched a compilation from the Lawrence Welk Show on PBS. I remember Mother and Dad tuning in every weekend without fail, during the 60s and 70s. Since it was my job to hate old people’s music, I dutifully turned up my nose at the ricky-ticky, corny, cloyingly sweet production numbers, and snickered at Bob Ralston’s goofy organ tunes, chock full of silly sixth chords. I immediately noticed that most of the large-group singing and the tap dancing was synched, as it would have been too demanding a sound gig to get everything balanced for broadcast in a cavernous TV studio. But I had to admit that there were some pretty fine musicians and dancers on that show. I would pay to see Arthur Duncan.

I still giggled at the drama of Joe Feeney, the Irish tenor and my dad’s favorite part of each program. Irish tenors — how shall I describe them? They are characterized by schmaltzy, emotional performances, with vocal frills like controlled cries, pulls, exaggerated portamentos and soaring falsetto. Hugely nationalistic, you can always find a song or twelve about Ireland in their repertoire.

Anyway, I’d always laughed at Joe Feeney — until I grew up. Male singers should be so fortunate to have that kind of power and control in their pipes, especially above F4.

Here’s a vid of Joe on the Welk show singing “The Sweetheart of Sigma Chi.” If you don’t want to listen to the whole thing, start at 1:11 to get to the yummy part.

Maybe it’s the Irish in me, but I adore his sound. He died of emphysema a couple of years ago (although he never smoked), but kept singing throughout the decades. You can read his obit here.

Weird that I can’t find Joe doing “That’s an Irish Lullaby” anywhere. I guess we’ll have to settle for this. HA – loved that movie.

Happy Sumday! Spending some time with BFF Kay tonight, which will be fun.

Why do I yammer on about the continued slaughter of our language? Not 100% sure, but I’m thinking it’s for the same reason that people rant about inconsiderate drivers, putting an empty carton of orange juice back in the fridge, not wiping one’s feet, chewing gum like a cow, cutting in line, or having 30 items at the express check-out. In other words, it’s not a life-threatening issue, like the tragedy in the Gulf of Mexico or second-hand smoke, but it’s important to me. Everybody got a cause, I guess. This is mine.

This, of course, does not mean I think I’m perfect. I’m also not indicting anyone’s character, although I know I can get a bit snarky or impatient from time to time. I don’t advocate grammar jail, either, honest. Rather, I rail for purposes of enlightenment and the Public Service Announcement regarding this specific subject. The end.

The title of the following list was my second choice, because this is a family show. Therefore:

To those who say, “Relax! It’s just English — don’t get so worked up about it!”, well….refer to the list title. Whatever gets you through the night.