Answer me these questions…um, seven. 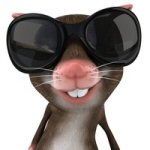 Remember the “funny papers?” Dad used to go out early on Sunday mornings, sometimes returning with “Bismarcks” from the bakery, but always with a copy of the Sunday Tribune, which always had an extra-large comics section that I’d scan, until Mother would utter the dreaded phrase, “Come on, girls. Time to get ready for church.” No more lazy.

Anyway, these are as good as funny papers. From Reuters:

1. Some honked-off customer is suing Bank of America for 1,784 billion, trillion dollars. Awesome.

And from random page openings in Schott’s Miscellany (thank you Helen and Lars!):

3. State with the most cars per capita: Iowa.

4. According to a 2006 Harrah’s report, the most popular Las Vegas casino game is video poker, with a 74% ranking.

The Most Amazing Toddler in the World is now officially holding up two fingers. And, the Thriller and I went to see The Informant! last night. This post addresses both; hence, the catchy title.

Before I go back to researching for my delightful class assignment… 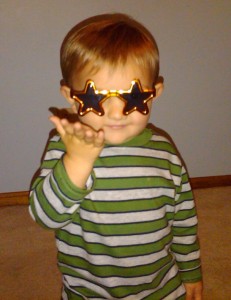 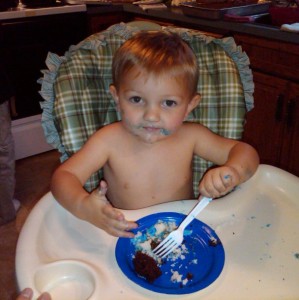 After the party, #1 Son took him to the county fair to see his first-ever demolition derby. His reaction upon seeing the first collision: 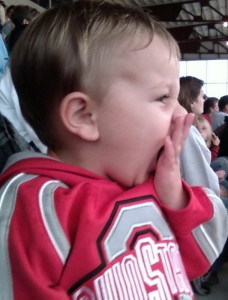 He also loved his gifts. Boy is going to be bizzy for awhile. It was a great party.

Later, Grammie & Grandpa Thriller went to the movies. The Informant! started out a bit on the slow side (too many sidebar meetings & conversations for my taste), but really picked up in the second half. Advice: if you don’t know the Eric Mark (sorry, got him confused with a choral composer) Whitacre story (the movie is based on an actual event), then don’t read up on it before you leave. I saw this same advice in a movie column yesterday morning, and I’m glad I took it. The last 20 minutes of the film are *much* more satisfying and revealing if you don’t know how everything ended in real life.

Suffice it to say that the story’s twists are really twisted, and Damon is dead-center in capturing Whitacre’s bizarro personality. On the brand-new “Rat-O-Meter” movie scale of five cheeses, I give it:

Have a grand Sunday. Back underground…

Before I get started this morning — congrats to RtB poster Meg, who was elected Homecoming Queen last night at the football game. YaAaAAay for a fellow Finkite — we heart her.

The county fair has been here this week. I didn’t get a chance to go, but boy, I used to do the fair bigtime when my kids were little.

And when I myself was a tiny fink, we used to do the carnivals every chance we got. I don’t mean county fairs (I can’t even remember going to a bonafide fair — the kind with ani-mules and baking contests and ribbons and royalty and such — until coming to Ohio in ’73) but rather the carnies that came to town. Mavis and I, along with a gaggle of friends, would look forward to being dropped off at the carnival and staying all day, into the evening hours.

Fellow crusties, do you remember when these were THE rides to ride for every daredevil in town? Long before upside-down roller coasters were the norm, we feasted on these, of the Wonders of Physics/Vomit Comet variety. If you could ride all of them at least twice in one night and not hork your dinner everywhere, you were a champ indeed… 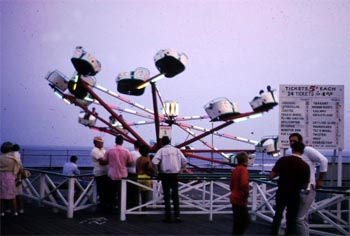 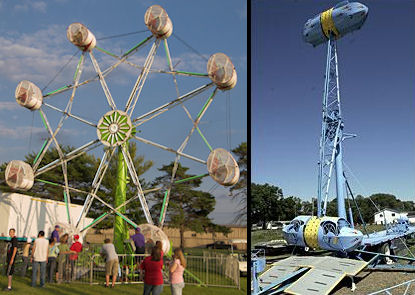 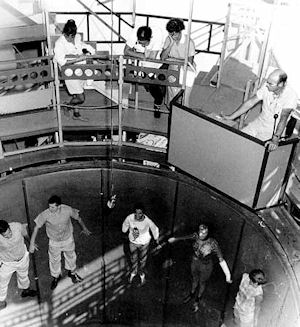 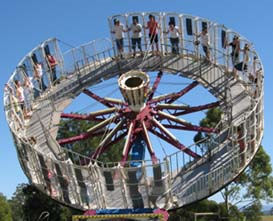 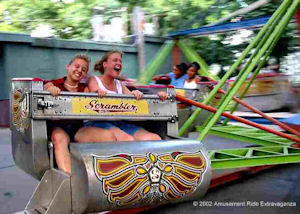 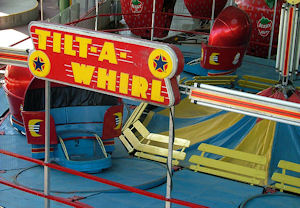 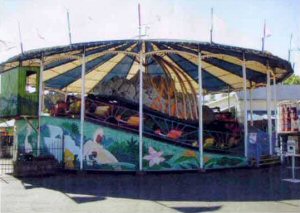 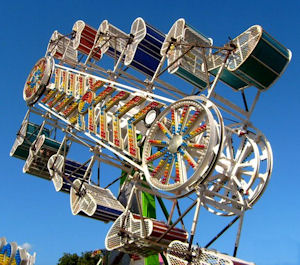 Thanks to all the FlickR sites and other places from which I janked these photos. A nice Saturday retro experience for the crusties.

OK fiends. Enjoy your weekend, because it is now officially about half over. Yay.

I always like the “however” parts after a particularly negative post. Indeed, I think it’s the howevers of life that get you through it, you know?

I really gotta git. Almost to the weekend…