… July is over and fall is coming. Can I get an amen from all my (present and former) students on that? Heck, I’m sure the summer flies for everyone, student or otherwise.

When August hits, I customarily rehash all the things I didn’t accomplish over the summer. This year, however, I have made a mental list of all the things I did get done, like spending more time with family and less at school, flower gardening and planning next year’s vegetable garden, losing 10 lbs., and getting all my choir music ordered before August. And I spent more — but still not enough — time with my angel Jake.

So what do I have left? Oh, there’s the Thriller’s birthday feast tonight, which will be fun. Then I need to shop for a dress for Heidi and (son) Lance’s wedding, coming up on 13 September. And then there’s the score study for Annie Get Your Gun, which starts rehearsal the week after we get back to school. Oh yeah, and don’t forget my lovely BU class, which I adore. Truly. Scoring a Bach keyboard piece for woodwind octet … why I’d rather do that than, well, take a bullet. Maybe.

They Call Me Sarcasmo 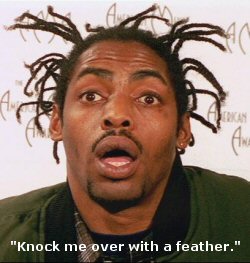 Where was I? What was I doing? What the world??

I was rifling through the news last night and noticed that big-time hedgehog Samuel Israel turned himself in — on 3 July. How could I have blown by this? 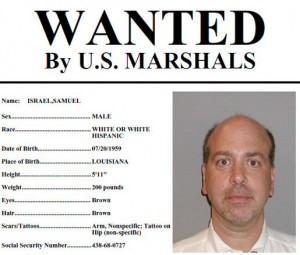 I was all a-fluff with the intrigue of it. The guy rips off investors to the tune of $300 million-plus, gets caught, and then fakes his own death, preferring life on the lam to 20 in the slammer.

Police probably sensed it was an amateur botch-up when they found his SUV sitting out in plain sight on a bridge, with the words “Suicide is Painless” written in the dust on the hood. Right. I’ll leave a cryptic note…what should I say? Oh, I know…how about the title of the theme song from M*A*S*H ? Yeah, that’ll throw ’em off.

[His RV and scooter were also missing. Brilliant.] 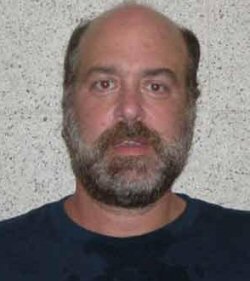 Turns out his mom convinced him to surrender. Yay for moms. So he rode his scooter into a small Massachusetts town and turned himself into the local police. Later, in a Manhattan courtroom, he appeared to be weak and tired, and abruptly sat down while the judge was talking to him. She then said, “Stand up Mr. Israel. “If you can ride a motorcycle, you can stand up in my courtroom.”

I’m not one to pass judgment here, though. Who knows what goes through a person’s mind when he realizes the trouble he’s in (not to mention the immeasurable grief he caused his investors, who lost millions of dollars entrusted to him)? I think sometimes we just freak out.

But like I always say to my students: ya makes yer choices and ya lives with the consequences. And there are always consequences of some kind (take Ted Kennedy…again). 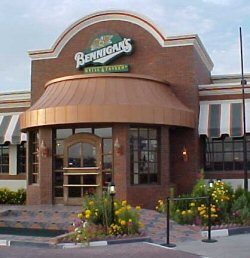 Bennigan’s, the Irish grill and bar establishment, is filing for Chapter 7 bankruptcy. I have memories of Bennigan’s…I was pregnant with my now-24-year-old son. Went there in 1983 with Mavis and her husband for dinner one night while I was visiting them in Texas, and came away with a lovely case of food poisoning.

Also going down with the Bennigan’s ship: Steak and Ale. Apparently, according to this report from CNN, the “bar and grille” type restaurants (think Applebee’s, Cheddars, T.G.I. Friday, Carrabbas, Chili’s) have expanded at such a fast rate, consumers are torn six ways from Sunday.

Oh yeah, and apparently, America is still for sale.

With $33 million in investment capital behind its launch, I never expected the new search engine sensation, Cuil (pronounced “cool”) to show me this on my first use: 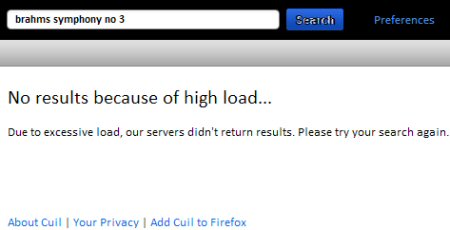 Nice. You’d think that a team of PhDs, led by former Google Golden Genius Anna Patterson, would remember to ask, “Hey, shouldn’t we probably buy enough servers to survive a humongous traffic spike, seein’ as how we’ve advertised ourselves as more powerful than Google?” Maybe not. And who am I to judge? Maybe it was bad karma having a roll-out on a Monday.

When I finally did get it to work, the results were interesting — somewhat refreshing and different: 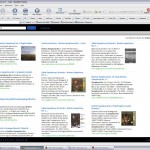 The best part about it – no ads. 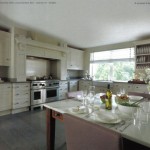 ….then why can’t I have this kitchen?

Kay brought over a copy of the July issue of Architectural Digest so I could see this photo of Keith Richards in a Louis Vuitton ad. I say rock on, Keith. You and your bad self and the boss guitar case. The caption on the ad reads, Some journeys cannot be put into words. New York. 3 a.m. Blues in C. No words indeed…

I looked through the magazine at the amazing photography, and in addition to the aforementioned dream kitchen, I found beautiful pictures and descriptions of a townhouse on Park Avenue for sale ($33M), a secluded bungalow on Bonefish Cay in the Bahamas ($14.5M), and a modestly sized, but beautifully designed, home in Valencia, California ($3.8M).

I was offended. And then extremely interested. I thought about my credit card. Do these products have a website? I’ll bet they do. As soon as I am done scanning photos and writing the blog, I…

HEY. Back to the subject.

Then there are the pictures of young, ultra-hip CEOs named “Mac” who wear the signature blue jeans and dress sport jacket that all yups of this ilk have to schlep around in, lest they be viewed as “old school.” 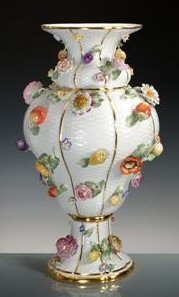 Or you could decorate your living room or bedroom with a lovely pair of porcelain vases like these. For $50,000. (But don’t worry, luv — it’s for the pair.)

I’m not sure about the 3-D, flower-buds-hanging-out look. It strikes me as…I don’t know…afflicted. Leprous. Stuck on there. Attacked. Gawdy! But you know, the Meissen porcelain factory says it’s cool, so by crackie…

But my ultimate favorite of the furniture/decor sections was the Bel-Air Sofa from 1951, now being reissued. Fabulous.

Back to orchestration homework. The crushed reverie. *sigh*

I have to see the documentary film, Man on Wire. But I don’t know if I can get past the ooky factor, as I am terrified of heights. 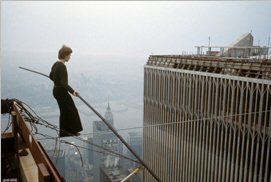 Still, I must see it. It’s one of the few films — documentary or otherwise — that has critics and viewers alike using words like “exhilarating” and “unbelievable” to describe it. Indeed, it scored a 100% at RottenTomatoes.com. I don’t think I’ve ever seen one of those.

I barely remember the event. I was in high school when Phillippe Petit pulled off what was called the “artistic crime of the century.” Eight months in the planning, he and his accomplices somehow dodged WTC security, smuggling in steel rigging days in advance in order to string a cable between the World Trade Center towers. On an early August morning in 1974, Phillippe walked across.

Anyone up to going with me? Looks like it’s playing in Cleveland Heights on 22 August. Sounds like an idea for a birthday present. *hint hint*

Here’s the trailer. It really does look amazing.

Last night I was restless and didn’t feel like starting my reading for class, so I turned on the television. I happened to hit the AMC channel, and The Last Samurai was on. It was actually quite good. Very good, even. Tom Cruise was fabulous.

Apparently, tonight’s AMC feature is Jerry Maguire. Yeah, the one where Cuba Gooding, Jr. made “Show me the money!” a national catch phrase. On the unfortunate side, Cruise actually had to utter the line, “You complete me,” and Renée Zellweger got to say the now-famous gem, “You had me at hello.” I think I’ll pass. Saw it once, and that was enough (even though it won a gaggle of nominations and awards).

But what *did* happen to Cuba Gooding’s star status after he won Best Supporting Actor for that film? Maybe it was just bad roles following As Good as it Gets. He’s a great actor…hmmm…maybe he’ll show up here and set us all straight.

Fink out. Oh — don’t forget to watch the premiere of Mad Men tonight.